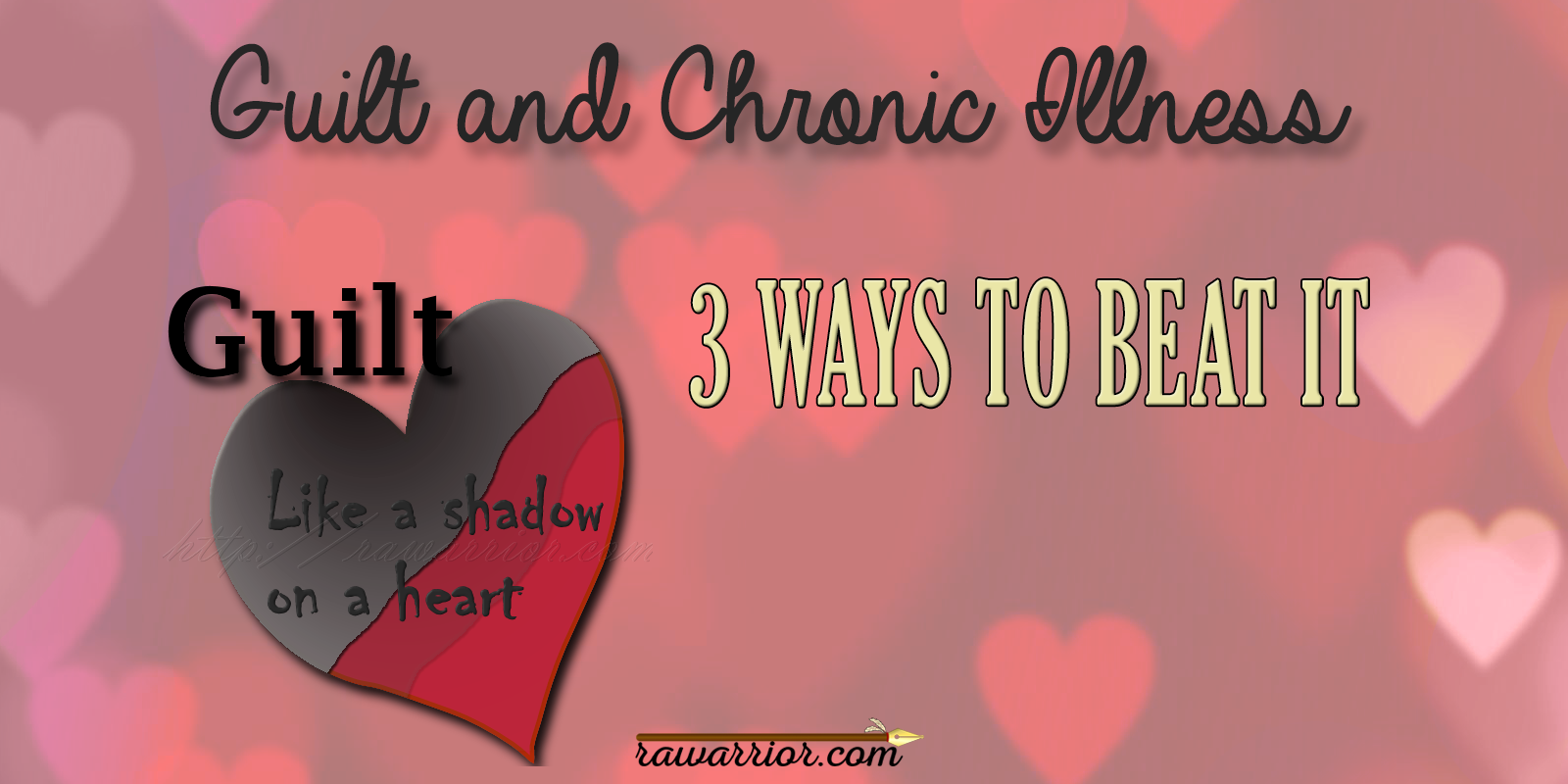 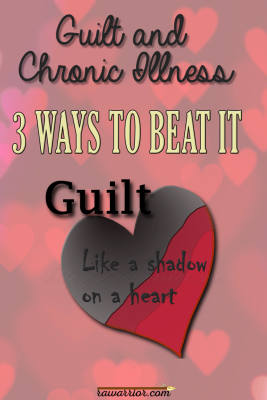 Did you ever stop and think guilt and chronic illness? Of course being sick is not your fault. There is nothing that can prevent being diagnosed with an illness. And you can’t make a cure instantly appear. We would, if we could. So, we’re innocent.

Being sick with a chronic illness is not like having your tonsils out and getting extra ice cream. There are no benefits. Trust me: a handicapped parking pass is not fun when you really have difficulty walking. And if it the pain is not enough to steal the fun, there is always the way people look upon you for using the parking pass or the guilty way that makes you feel.

3 Questions about Guilt and Chronic Illness

1) When do I feel guilty about being sick?

Here are some examples of times guilt and chronic illness get me down. When does guilt get to you? 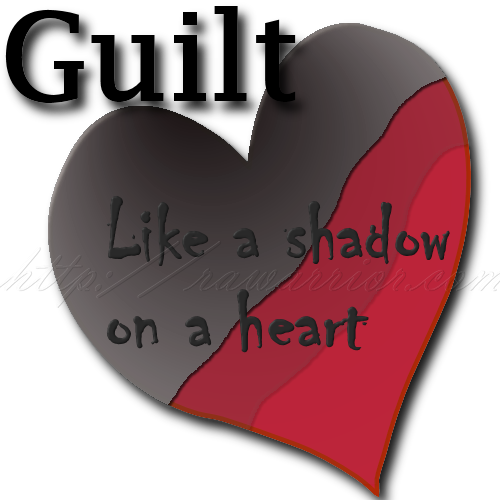 2) Why feel guilty when illness is not our fault?

I do not think we should feel guilty about things that aren’t our fault, but I can certainly see how it happens. Feelings are usually the result of thoughts. Whether what we think about is true or not, feelings are still produced. Personally, some of the unconscious thoughts I have about my RA are not very sensible, like the ones I listed above. Is it logical to blame myself for the cost of healthcare? Or not giving my kids a perfect life?

3) What can I do about feeling guilty about chronic illness?

Maybe we’ll always have weak moments with guilt and chronic illness. However, we can fight back against adding guilt to our suffering. Here are three ways to fight guilt.

Sometimes it helps adjust our feelings if we think about the facts. The facts are on our side. For example…

Friendship is good medicine. Friends accept who you are, including your limitations. Friends who also have chronic illness understand that support is needed. Whether they are sick or not, true friends encourage you to let go of misplaced guilt.

You’re fighting the disease and fighting for every bit of life that you can. And when you fall short, which you will, forgive yourself with the same grace that you would forgive someone else.

More things to not feel guilty about with chronic illness