Do not kiss me because I have a suppressed immune system…

In “Kiss My…” a physician blog in Rheumatology News, Dr. Larry Greenbaum wrote, “I charged him level 5 for taking so much of my time, for bad-mouthing his previous doctors, and for incessant whining.”

Noontime Monday I clicked into the Facebook (FB) feed for the RA Warrior account. There are several pages I’ve “Liked” and supported, passing on numerous fans. According to FB, 66 of my personal friends “Like” the Rheumatology News page and I’m sure there are many more Warrior “Fans,” too.

I noticed the headline posted Friday “Kiss My…” 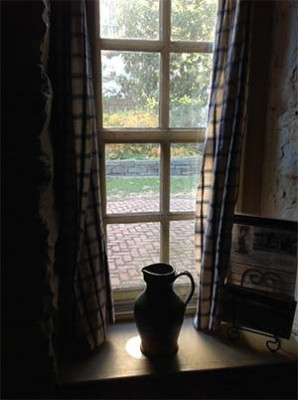 Reading the post, there was a sad familiar tone: dismissive, derisive, and callous. I sighed, but this is what I hear about from patients every day, so it’s not news. Back at work on my document, I had a second thought: “I wonder what others think of this? Do they see this rheumatologist the way I do from my unique position?” I really did not want to put the link on my Facebook page where 18,500 fans could see it and it could possibly cause uproar. I didn’t want to post it on Twitter where the patients in the community might be furious while the doctors they tweet with could become defensive.

If you know me well, you’re laughing now. That’s Kelly: strong convictions, but not wanting to instigate any turmoil.

I chose my private FB page which is mostly family, friends, and some patients I talk to frequently. The immediate response of another blogger, Afternoon Napper, loudly confirmed I was not alone in my opinion of the article.

Throughout the day I was trading emails with a doctor who’s a patient and I passed on the link. Here is part of a response I received: “It’s like he’s just trying to find holes in the poor fellow’s story. It is so sad the percentage of patients who get treated like complainers or psychosomatics because the doc doesn’t get it, or hasn’t ever had to depend on someone’s compassion and support as he tries to bravely face a scary diagnosis that can feel so disempowering which takes away more and more of all those autonomous tasks he used to be able to do without a second thought…” Wow.

FB privacy is relative; there are 500 friends on my personal page and there were 48 comments in all. The outrage seemed unanimous. Most commenters were rheumatology patients including those who work in the medical field, science, and law. They found Greenbaum’s piece “insulting, horrible, deplorable, arrogant, and condescending” and had concerns about him giving good rheumatologists a bad name.

Last night while the Redskins were clobbering the Giants during Monday Night Football, I was following this discussion and working on an important RPF document. I work very long days, mostly on RPF business or doing research, but when a hurting person comes to me for help I try to be there for them. Whether it’s one of my sons or a fellow warrior, I cannot imagine treating a fellow human soul in the stony way that Greenbaum does.

Let’s not lose sight of the care of this patient

Unfortunately Greenbaum is a typical rheumatologist in many ways. Like some other patients said, I feel like I’ve met him more than once. I’m not as knowledgeable of other specialties so the readers will have to inform me about that.

What are those archetypical traits?

Because of these things, Greenbaum does not understand this dear man’s afflictions, missing clues that are obvious to me even through his jaded eyes. For example, I suspect the patient has had the disease much longer than he has been diagnosed and treated for it.

How are such unhelpful, and even noxious attitudes passed on to new doctors? One doctor, Scott Conley, wrote about how a rheumatologist mentor did that here, “AAFP Resident and Student Voice Deep Waters.” (My blog about this article is here.)

The account by Conley and those of other doctors and nurses with whom I’ve discussed Greenbaum’s piece prove that this is not an argument between doctors and patients. It is an argument about what is good and bad medicine.

This afternoon, I saw numerous people had written to Greenbaum or Rheumatology News. If I were to speak to him, I might say this: “If it is so annoying to hear about a man’s circumstance living with Rheumatoid Disease, imagine how terrible it must be to actually live with it in your body 24 hours a day, 365 days a year.”

What should be the response?

If your comment from the article was removed, I hope you took a screenshot of it. If you did, please feel free to post that image on my public FB page here. Another place you might re-post your comment is the post for the Greenbaum article on the Rheumatology News FB page here.