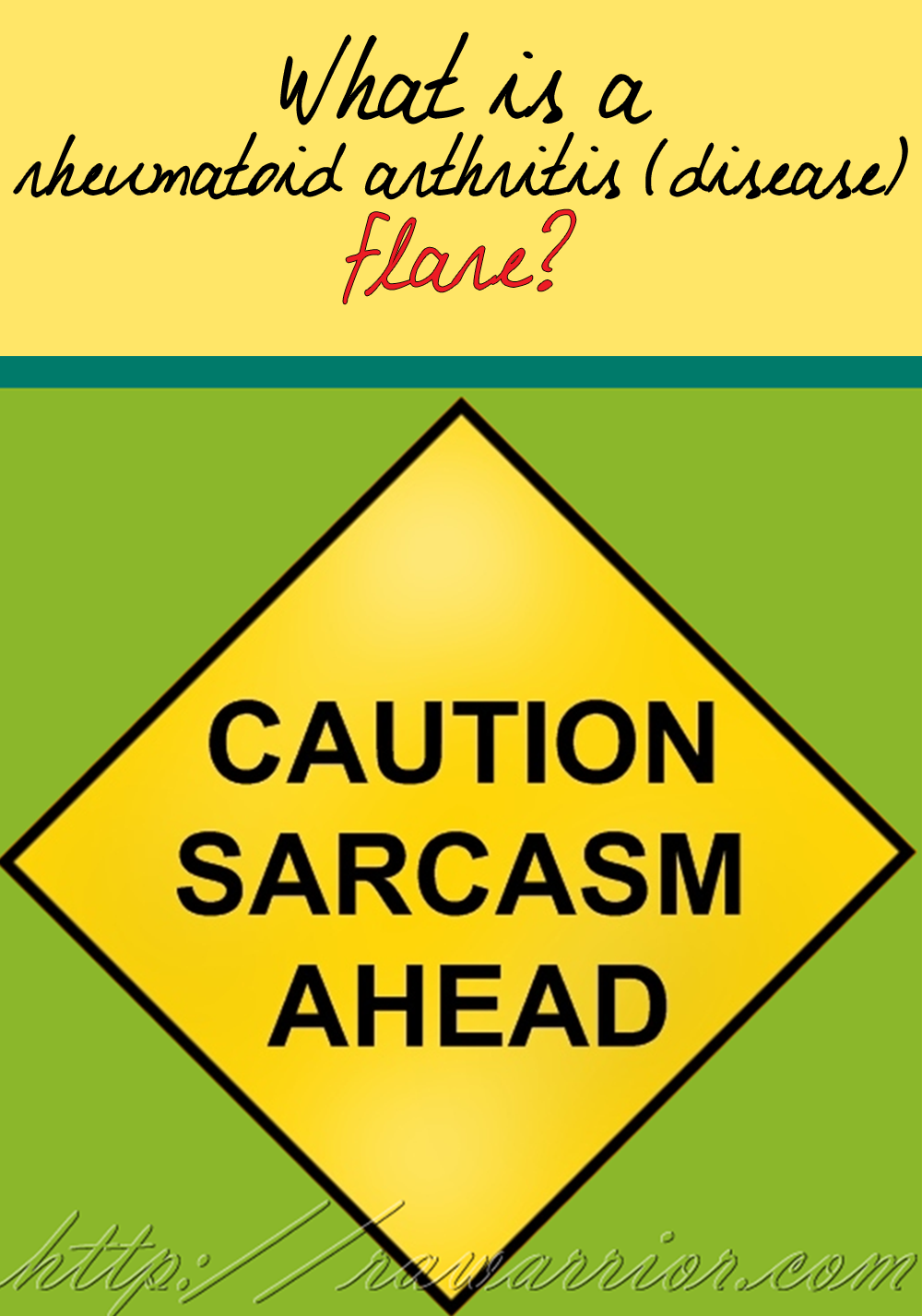 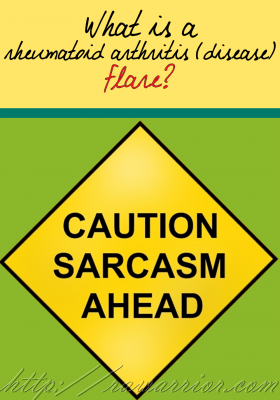 Like most of you, I faced each new symptom with surprise and dismay. Yes, Rheumatoid Arthritis symptoms may sound peculiar to my neighbor, an RA Atheist, but they seemed even weirder to me in the middle of the night. She may excuse me as a hypochondriac, but what do I do? How can I excuse my own rheumatoid arthritis symptoms as hypochondriacal? “Get out of here, you Phony! You are not real.” I wish.

Again, like most of you, I went to the doctor. I don’t mean my rheumatologist – I mean Dr. Google. I found journal articles, abstracts, blogs, and forums. But, I was puzzled there, too. Everywhere, I read the word “flare.”

I was so puzzled. What on earth does word flare mean? I kept reading.

Eventually, I began to get the idea that rheumatoid arthritis symptoms for some patients wax and wane. The way they tell it, it seems that for some people, RA symptoms are episodic or interrupted by periods of near relief. I felt like a non-RA’er on the outside looking in, trying to figure out what’s going on. What is a rheumatoid arthritis flare anyway?

Now, I was really in trouble. Was I going to get an “F” at Google University, too? Was it another conflict between the reality of my Rheumatoid Arthritis symptoms and what they are supposed to be?

When I hear a doctor talk about RA flare, it sounds like life is pretty good between the flares. According to About.com, a flare is an increase in symptoms from the usual. That might mean joint pain, joint stiffness, swelling, or fatigue. But, who or what defines the baseline for symptoms? I’m still confused. My RA is always the same: 24/7. Ten feet deep. Wall to wall.

What is your experience?

Do you think “flare” is a clear term? Does your doctor use the word “flare”? Does she seem to think your RA is “better” than you think it is between complaints? Does your rheumatoid arthritis flare even though you are on DMARDs? How much time is there between “flares”? What is your baseline (between flares) like?

181 thoughts on “What is a Rheumatoid Arthritis Flare?”