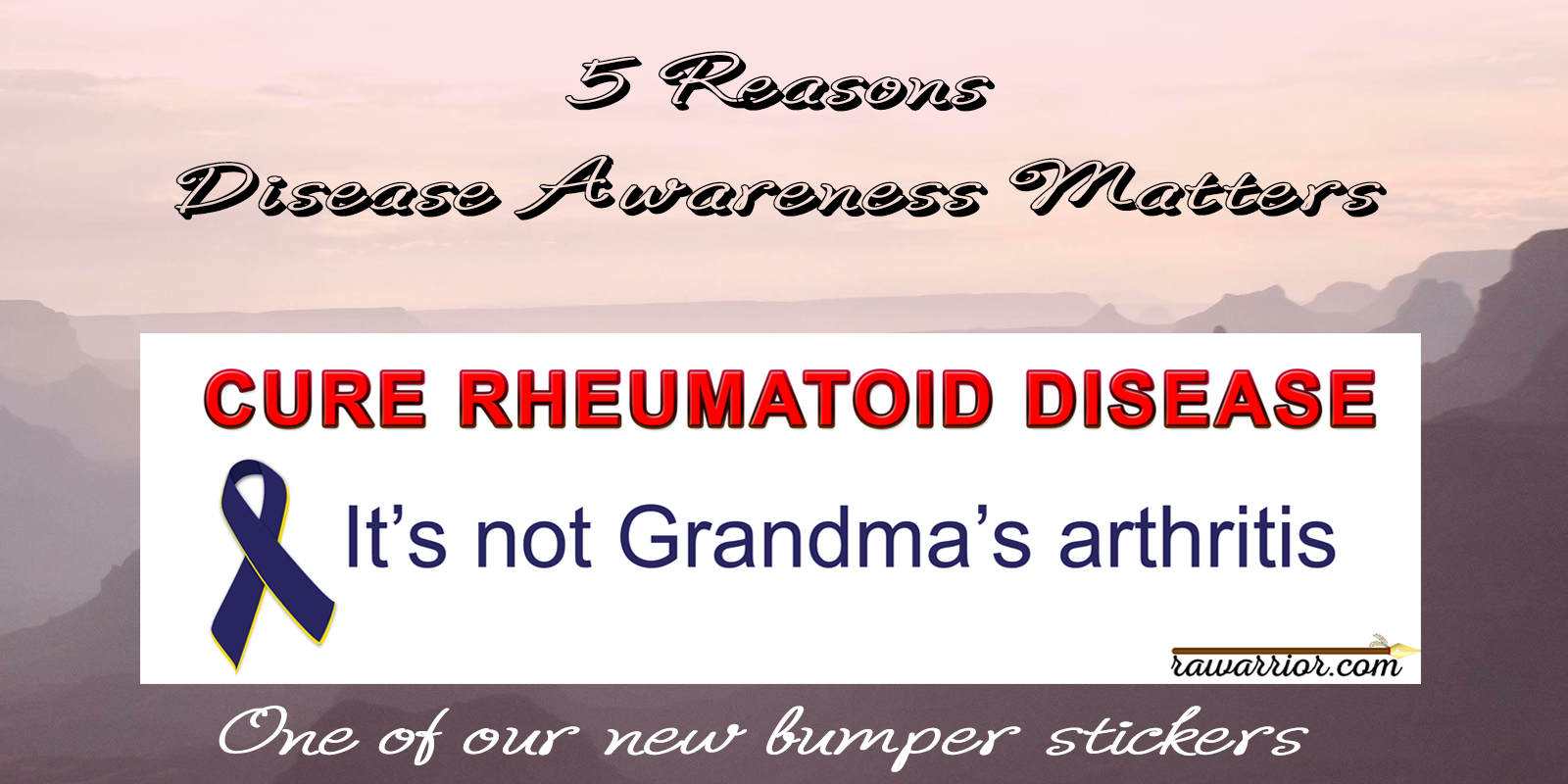 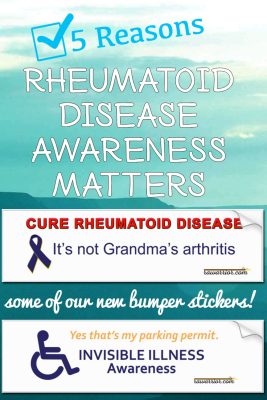 Disease awareness for “invisible illnesses” like rheumatoid disease (RD) can be pretty dismal. I’m the first to admit I had no idea what RD was when I was diagnosed. And, I’ve actually been stunned a few times by how little people with other invisible illnesses know about RD.

Once as I was waiting offstage, being introduced to speak, a public spokesperson with another invisible illness said this to me: “So. You have RA. That’s the thing where you’re a little stiff in the morning right?”

“Well, it’s just a little stiffness in the morning and then you’re ok, right?”

I don’t feel responsible for the look on my face at that moment.

Another time, as I was literally walking onto a stage to speak about RD, another patient-speaker said to me, “Oh I have it too. We all do.”

What crazy thing has someone said to you about your diagnosis?

Most people just don’t know. Family members don’t know. People with other invisible illnesses don’t know. Healthcare workers don’t know. And we’ve all met doctors or nurses who don’t know. As a matter of fact, several doctors and nurses have become patients and shared in our community that they DID NOT KNOW.

It’s just that simple: People don’t know. A bumper sticker is one way we can tell them.

How many times I’ve heard people say: “There should be a bumper sticker”? Well now there is.

Actually there are several. You can see the growing collection of disease awareness bumper stickers here.

In case someone tries to tell you to just quit wanting people to understand because there’s no point to it, here’s a list of reasons disease awareness is so important

Think of the difference disease awareness has made for breast cancer and juvenile diabetes. Billions of dollars have been spent on developing better treatments while strides are made toward a cure. But money is not the only benefit.

What did Helen Keller gain by traveling the world teaching about deafness and blindness? Awareness. Her advocacy made many aware of the needs or concerns of people with disabilities. People just did not know. So she found ways to tell them.

Can you think of more reasons disease awareness matters?

What would you most like to see on an invisible illness bumper sticker?

I have a growing list of ideas, and I’ll be glad to add yours.