April Fool’s Day held a surprise party by coming one day early this year for Katie Beth and me. 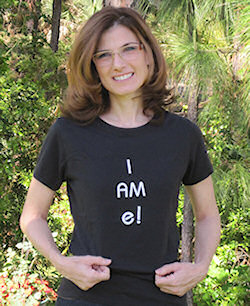 We both fell asleep on our laptops last night without getting any work done. This morning, I see that before she fell asleep, she posted her Facebook status: “This day was UNREAL. Somebody wake me up. I am so tired.”

With the big storms in Florida, she spent yesterday trying to fly home from Spring Break with her big sis at Belhaven College. She spent 5 hours on an airplane for a 1.5 hour flight and then almost three hours waiting for her luggage to be taken off the plane. They didn’t give them anything after the peanuts and 4 ounces of Coke early in the day and the air conditioning was off much of the time. You get the idea.

Meanwhile, Bear and I tried again with the DMV. He got his learner’s license after only one hour, but they shredded it because the computer over-charged me about 7 dollars. I offered to over-pay so that I could leave for the airport, but that sent up a flag that I might be in a hurry. A “no-no” at the DMV as most Americans know. Never let ‘em see ya sweat.

After another hour and a half, we finally left the DMV with Bear’s license, but without renewing mine, due to a missing Social Security card. I dropped off Bear at home to watch over his brothers and set out into the tornado warnings to retrieve Katie Beth.

On the Beeline, I drove into the driving rain. Can I say that? For several minutes at a time, I couldn’t see out of the Suburban on any side. Flashing lights and reducing speed. A few cars pulled over onto the shoulder, but two charged passed me at about 50 mph. I slid sideways about 5 feet; I think they call that hydroplaning.

At the airport, I saw Katie Beth wave through a window! But I had to circle through the tunnel in the line of traffic until they gave her the luggage. I lost count at 15 times around. My NSAIDs wore off about number 4. I didn’t dare risk Lortab driving in that weather; it sometimes makes me groggy.

My wrists were the first to complain. An avalanche of joints followed. Ankles, knees, hips. Omygosh – toes! My hands were already sore from holding on so tight in the storm. Elbows are never left out. I drove 3 hours straight in the storm without stopping except for the 2 minutes when Katie Beth threw her luggage in. That’s on top of the DMV trip earlier.

I feel like a truck drove over me. And then the driver got out and beat me for getting in the way. I apologize to all the nice truck drivers. I’ve even heard from two who have RA… 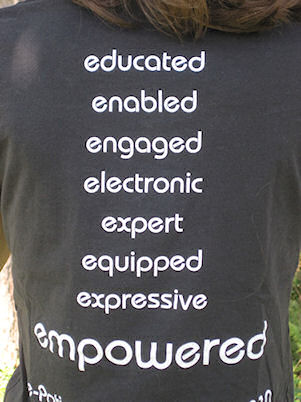 There have been some much more important blogs over the last couple of weeks. I hope you’ll read any you missed. It’s so important that you view the Men and RA Video Public Service Announcement so that YouTube will recognize its value, helping spread RA awareness.

Also, a week ago I shared a difficult situation regarding my requests for a 2nd opinion of a bone scan in a post called My Doctor Fired Me. Note that there has already been a 2nd opinion and the entire thing was posted yesterday in an update. I hope you’ll look at that carefully. It’s not a comprehensive picture of my extensive RA since the scans were poorly performed, but the results are still stunning.

Finally, I’m aware that there are numerous medical professionals who are reading. Some are you are also RA patients and many of you are incognito. To those who do not have RA: There are misstatements being made online regarding RA and my story. Please read my story as told by me on this site. If you have questions, please email me; I’d be glad to talk with you personally. Please do not accept accounts of my case found elsewhere online without confirming them.

New Tag: All of the posts about Nuclear Bone Scans