Three years ago, one of the first friends I made through my blog was Angie. She got into a Pfizer clinical trial for tofacitinib (then called tasocitinib). She sent me some info about the trial, but my rheum doc wasn’t interested and I didn’t pursue it.

The current excitement about Pfizer’s tofacitinib 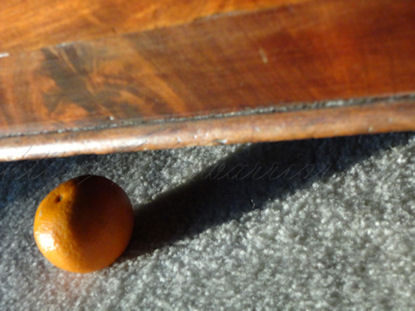 Tofacitinib is an oral medication (i.e. pill) for the treatment of RA. RA Warrior reported on the ORAL Trials when the larger Phase 3 clinical trials began over two years ago. For the past couple of years, we’ve followed the press releases and seen the buzz about Pfizer’s JAK at ACR. Market analysts are now on the edge of their seats to see what the Arthritis Advisory Committee will recommend this week since tens of billions are at stake. The FDA usually follows the recommendations of the AAC. Speculation about when the drug could be approved will be a hot topic on the wires.

At this point, 5,000 people in 35 countries have taken tofacitinib, the first of about a dozen similar compounds in the pipeline. Tofacitinib inhibits Janus kinase (JAK), a protein which acts as a hub in the cytokine network that creates inflammation. Currently approved treatments for RA (Biologics) interfere with the receptors of various immune cells such as TNF (Humira), T-cells (Orencia), B-cells (Rituxan), or IL-6 (Actemra). Tofacitinib targets a broader phase of the inflammatory process.

The trial results seem similar to those of Biologic treatments. However, Pfizer has tested tofacitinib in patients who did not respond to TNF inhibitors, indicating that perhaps a different set of patients can be helped by this new compound. Pfizer has also conducted trials without methotrexate, unlike the Biologics which were approved with a background drug (methotrexate) in place.

The FDA Arthritis Advisory Committee will meet Wednesday May 9th. I’ll be giving an oral presentation, speaking on behalf of the Rheumatoid Patient Foundation. Click here to read the accompanying written presentation. It’s not as funny as I like to be or as academic as I’d like, but hopefully it’s what is appropriate for the occasion. I’ve also prepared slides with plenty of statistics to tell more of the story.

This interesting quote appeared in the Reuters feed, so the quote is all over the net: “”We expect a noisy meeting for tofacitinib but ultimately believe the drug will receive a positive vote from the panel and will be approved by the FDA in August,’ Chris Schott, analyst at J.P. Morgan, said in a research note.”

Not sure what “noisy” means, but it might be interesting.

One doctor who was also quoted in the feed might want to read the recent review of Consumer Reports’ RA drug recommendations: “’When we already have good treatments available, and there’s no evidence that this drug really is better than others, I tend to encourage patients to go with what I know, which is things like Humira or (Amgen’s) Enbrel,’ said Dr. Scott Zashin, clinical professor of medicine at the University of Texas-Southwestern Medical School.”

Stay tuned, folks! It’s definitely not going to be boring!