Should we wait to treat Rheumatoid Arthritis? 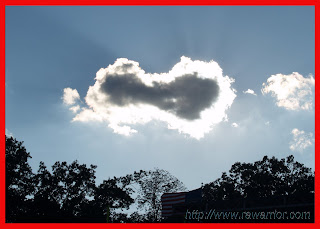 That depends; can an ostrich heal thyroid disease?

One of the things that makes us warriors is our desire to survive. We fight Rheumatoid Arthritis because we want to outlive every scheme which RA has in store for us. We are determined to live the fullest and longest and happiest life that we can! That is what drives me to write this blog.

Recent posts have examined the role of doctors in enabling RA-ers to get proper diagnosis and begin treatment. Doctors do have a critical role. However, so do patients.

Can we talk about delaying treatment for Rheumatoid Arthritis intentionally?

If you or someone you love is delaying treatment, I hope something I say will help you to consider the decision carefully. First, let me tell you a story…

When I was 15 years old, I became ill with a type of autoimmune thyroiditis. It causes acute swings of thyroid hormone in the bloodstream. Alternately, it is extremely low or extremely high.

Lots of entertaining trips to hospitals to meet doctors with cool names finally brought an answer. Careful monitoring of medication finally brought stabilization. However, when you are young, you are invincible.

You have probably guessed it by now – I did go off the reservation, medically speaking. I was convinced that I could be healthier without medication in my body. I would remain healthy by dedication – mainly eating well, clean living, and exercising. I was determined.

But I was not fine. I ignored symptoms because I did not want to be a sick person, dependent upon medication for the rest of my life. I also did not like the look on people’s faces when I tried to tell them about thyroid disease.

Eventually, I broke down and saw an endocrinologist when I wanted to have a baby. I wanted to avoid a miscarriage, which is common with thyroid disorders. Until then, I had carefully ignored symptoms and skillfully managed them since they had not been severe.

However, the doc did not deem my story credible and he proclaimed my thyroid to be fine. I really wanted to hear that, so I tried to believe it. Maybe the military doctors at Bethesda Navy Medical Center and Walter Reed Army Hospital were all wrong. Only the President of the United States is treated there – probably inferior doctors…

The next ten years brought me 3 children and a few miscarriages in between. By now, it was fear and lack of finances which motivated my denial more than stubbornness. Then, my fourth child was born.

I never regained strength after the birth. Instead, I slipped more every day. Friends helped me a great deal. And I made my most valiant effort to be healed with nutrition. But even healthy food does not contain thyroid hormone! And no vitamin will make your body produce it!

Over months, I became extremely weak. All of this determination that I have – I was using every last bit of it to do the bare minimum to take care of my kids. Some people close to me were telling me to snap out of it. If resolve could cure, I would have been fine.

I am including very few details here of the hell of that year. My thinking became so slow that I could not read. I was trying to read a stack of thyroid abstracts that my dad had printed out. I sat for hours every night with a highlighter. By the time I would finish a line, I would have forgotten the previous one and go back.

Finally, I was convinced my illness had to be thyroid and I got myself to the health department – about an hour from home. I sat for hours in the hallway with my 4 little ones. I was still determined as ever, just determined to get treated this time.

My TSH was 478 by then – normal is about 2. (They put it in the record books!)I remember them telling me I should have been in a coma and marveling that I had been driving. My organs had begun to shut down. My cholesterol was 240.

After about a year, I recovered fully.

Some things changed after that:

My mother used to tell me never to be an ostrich. An ostrich buries its head in the sand when danger is near. That way the danger is gone. Not.

*Tomorrow’s question: Should we wait to treat Rheumatoid Arthritis?

58 thoughts on “Can I Delay Treatment for Rheumatoid Arthritis? part 1”