Osteoarthritis and the little big business: Some arthritis facts on Synflex

In today’s blog, Dr. Kirsch examines the claims of the so-called arthritis treatment Synflex. I hope you’ll enjoy the way he confronts arthritis cure claims as much as I enjoy it. It’s great to see that RA doctors can be funny, too. 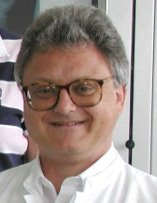 A doctor asks whether Synflex can treat arthritis symptoms

What are the causes of arthritis (OA)?

What happens is the chaotic breakdown of processes that once were meant to maintain the health of the cartilage. As the outer appearance of the joint changes and movement is hampered, less nutrients and oxygen reach the cartilage and more waste is accumulated. This even increases the speed of changes in the joint. And this is the point where industry steps in. There are lots of manufacturers for glucosamine, but recently I came across Synflex.

Are arthritis treatments worth the money?

Someone wants to make money selling a product. Nothing wrong with this! But you have to pay for it. The claim of their arthritis treatment: “Not only does it help alleviate pain, it can also aid in greater flexibility and in the repair of damaged cartilege.” The words help and aid aren’t defined here – so the manufacturer is only giving some catch words, some magical words, but keeping any evidence out of sight.

And how much glucosamine actually reaches the joint? I pondered very long about the following words: “One tried and tested way of supplementing joint cartilege thinning …” I finally concluded that it’s better to not speculate on what might have been the idea behind these obscure words.

“Synflex doesn’t just contain glucosamine. It also has many other powerful ingredients that can benefit you. These include: Vitamin C, E, and A. Synflex also has Omega-3 fatty acids. Synflex also contains Shark Cartilage which has 20 percent Chondroitin Sulfate. You will also find Yucca Powder, Boswellin, and Bromelain in the formula.” Vitamin supplementation doesn’t change OA arthritis symptoms [ACR 2009 Philadelphia]. However, it is true that eating foods rich in Vitamin C, E, and beta-carotenes may help avoid it [Framingham Study].

“Synflex also has no serious side effects, unlike Vioxx, Celebrex or Cox-II inhibitors.” Vioxx was taken off the market not because of actual side effects, but because of legal concerns of the manufacturer, who had been paid, used up nearly all time of product protection, and didn’t want to be sued for alleged side effects.

What might persuade someone to use a product like Synflex for arthritis symptoms – or any other glucosamine product? It isn’t science; it’s the magic of words like: “Synflex,” “help,” “aid,” “joint pain relief,” “no serious side effects”. I don’t think that glucosamine will harm your body; I think it will harm your purse.

Dr. Kirsch has been a member of the RA Warrior blog from its early days on Blogger. His investigative mind and humorous spirit have been encouraging me. I hope you’ll check out his RA blog from time to time, although much of it is in German! Thank you, doctor!