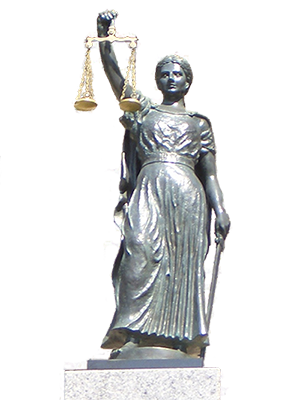 The movement for prepared, engaged patients and shared decision-making is international. It is recognized and supported by people in positions of power at many levels. Organizations, think tanks, and government agencies study the movement, often supporting it in an effort to advance care, reduce mortality, and lower costs. It is not patients versus doctors. The British Medical Journal has taken up the cause. Many members of Society for Participatory Medicine (SPM) are doctors and its foundational document, the e-Patients White Paper, was authored by a doctor. But, I have called it a civil rights movement, in part because some people have suffered while others continue to maintain control, shunning a partnership that would hasten progress.

Gimme my DAM (Data About Me) data, and Let patients help, which is also the name of Dave deBronkart’s new book. People who become patients simply want access to information concerning themselves, often created at their own expense; and the opportunity to communicate with medical personnel like they can with others they employ to mend their pet or car.

Have Patients Forgotten Their Place?

Many doctors somehow (difficult for me fathom how) view people who become patients, especially chronically ill patients, as less intellectual or less credible. They assume it’s impossible for patients to have anything valuable to contribute. It’s a well-documented phenomenon I’ve heard medical professionals describe at conferences. In The Empowered Patient, Elizabeth Cohen tells how even doctors are subject to this problem if they become patients.

This week, I read two articles by doctors critical of informed patients, one on Medscape in “Ethics in Psychiatry,”[1] and the other in the “Rheum in Bloom” blog that you may remember from Larry Greenbaum’s “Kiss My A…” blog post – to read about it, click here.

“Not all information is created equal”

No doubt the most read blog on Rheumatology News is Larry’s “Kiss My A…” post, which many, including some doctors, responded to on their own blogs. The RN website deleted many comments and letters to the editor in response, but local media interviewed Greenbaum along with one of our readers who had been his patient [see video below].

Dr. Chan, another RN blogger, doesn’t say anything as hateful to patients as “kiss my a…” but her condescending attitude is troubling.[2] She is bothered by the very things which most people I know advocate and labor for, like patients having copies of doctor’s notes and lab results. She writes: “I think it provides patients with a sense of some degree, however small, of control over their disease and its treatment. But not all information is created equal, and I think some information may be more fraught for a nonmedical consumer.”

Why does a parallel quote come to mind: some animals are more equal than others?

Today, I re-read sections of Cohen’s book, being reminded that I’m not alone in my opinion. Doctors are human and they make their share of mistakes, so of course studies show mutual respectful democratic communication makes healthcare more successful – more healthy.[3-6] Ms. Chan writes, “If we are being frank, we ought to admit that there are limits to what a patient can understand, and full disclosure may not be always be appropriate.”

And I know what might change her mind: waking up suddenly disabled by a furious disease like many of my readers did – many of whom were nurses or lawyers or teachers – and a few of whom are doctors. Or even worse, we learn by watching a loved one navigate the broken system, and be harmed by it, like many of us have, including Dr. Leana Wen, author of When Doctor’s Don’t Listen. (See my own list of harms below). No one wishes misfortune on anyone, but it truly is a quick teacher. There are a number of comments on RAW from medical professionals who were quite stunned and disappointed in the medical profession after being diagnosed.

The very democratization that my colleagues and I labor for is disparaged by Dr. Pies on Medscape: “And yet, it seems to me that we have witnessed a kind of false ‘democratization’ of science…” His concern is for “nonphysicians” who communicate on medical topics. Pies says several medical specialties have been “targeted” by blogs, which he says have a low rate of medical accuracy.

Why such strong language such as “Death of the medical expert?”

Why is the rise of the informed patient the death of the medical expert? Why is the birth of the patient expert the death of the medical expert? How does democratization of information present a threat to doctors? It sounds like absolute custody of knowledge ensures absolute power, and prevents irritating meddling from patients. It’s obvious that Dr. Pies doesn’t know very much about some of these topics by the way he places words like “chat room” and “blog spot” (Blogspot) in quotes. So, giving him every benefit of the doubt, he may be thoroughly misinformed about what blogs and informed or expert patients are all about. Maybe another physician will be able to reach him with the evidence and help him become enlightened.

Other comments are very interesting, like Henry Adams, a psychologist: “There is no “democratization” because those in power didn’t give power to the masses, they took it thru electronic knowledge, albeit imperfect per our standards. …Why are patients running to the Internet and non-physicians? Because (1) drugs don’t work, (2) physicians don’t get it, and (3) High Tech is moving faster than ever…”

My favorite is what Cynthia Bainbridge said: “Marie and Pierre Curie never patented any of their findings because they believed that scientific information belongs to everyone. I absolutely agree with them and am uncomfortable with the idea that only those who can understand it should have access. I would remind many of you that when you were first given this information, you didn’t understand it either – you studied and worked on it until you understood it – a process called learning. Please don’t assume that patients are incapable of learning and please acknowledge that lots of people who have been trained to think critically about empirical data. Those people probably know that they aren’t physicians and that this affect their ability to draw evidence based conclusions. People without scientific training might be more interested in learning than they get credit for. Dr. Kavirayani pointed out that the word for ‘doctor’ comes from the Latin word ‘to teach.’ We all know about the impact of managed care, but please try to think for a moment about what this means. Here is what really disturbs me as a patient: there have been several occasions when a doctor refused to even look at information I brought to an appointment and made it clear to me that even if I had reliable information, I could not possibly have understood what I read. This is much more disturbing to me than a doctor who doesn’t know something or makes a mistake.”

Postblog: In some ways, the words of Pies and Chan are startling to me because daily I read discussions of the SPM that revolve around efforts of patients around the world to gain access to medical information, and new articles in the SPM Journal report on participatory medicine and its advantages. I wasn’t surprised to find some of those are republished on Medscape.

As a Medscape subscriber, I got an email from Eric Topol in May announcing he had become the new Editor-in-Chief. He wrote, “Medicine is thus poised for its biggest shakeup ever as it transforms to a more precise, individualized, and democratized model… We intend to take Medscape to the next level, one that embraces the need for change…” I’m going to send Eric my response to Pies’ article, which is in the ethics section of Medscape, not marked as an opinion piece. If you have an opinion about the article, you might let him know too at etopol@medscape.net or @EricTopol on Twitter.

Some mistakes by doctors in my family
– When I sought care for my firstborn’s deafness, multiple doctors told me she was fine.
– For nearly a year, several doctors refused to let my infant son see an ENT for an obvious breathing problem caused by a large tumor in his throat. My son nearly died, and my own persistence saved his life.
– Pediatricians misdiagnosed a serious fungus on my son’s face for two years, telling me it was nothing, and giving no treatment.
– Several doctors insisted my daughter’s wrist was fine and she should just quit playing tennis, when she needed surgery for a large solid cyst, and then played on the tennis team through 4 years of high school and 4 years of college.
– Pediatricians were adamant my son did not need glasses at age 4 when he required a strong prescription.
– Pediatricians insisted my other son did not need hearing aids at age 12 months when I recognized he has the same severe hearing loss as his sister.
– Physicians insisted my grandmother was fine while she bled internally from a car accident that led to her death.

There are many more. Part of the story is on epatients.net and some other parts on Howard Luks, MD’s website. THE POINT? Everyone makes mistakes, so things work better when both parties are welcome to contribute information, or admit that they don’t know something.

On E-Patients.net: The Unwilling E-Patient: Learning to use my mother-of-a-patient voice

20 thoughts on “Do Patients Know Enough to Talk about Medical Topics?”