I’m in the middle of a thick book about Fibromyalgia diagnosis and treatment. So far, I’ve read through the first half which deals with diagnosis and source of symptoms. I’m not ready to write up a review of the book yet. However, it has given me plenty of food for thought.

A new approach to fibromyalgia diagnosis 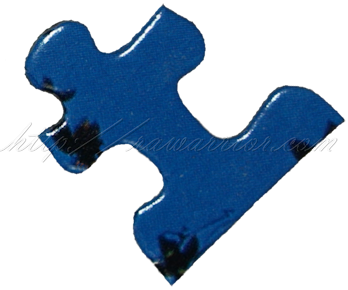 Dr. Jeff Sarkozi has called the “diagnostic label of fibromyalgia” an “absolute mess.” He summarized his theory about fibromyalgia diagnosis in an editorial in the Journal of Rheumatology. The article is obviously written for doctors, but it’s worthwhile to wade in and try to sort it out. Sarkozi has some new ways to look at this ancient problem of “pain from nowhere.”

His scientific approach is refreshing as he takes to task the “true failure of medical science” with regard to fibromyalgia diagnosis. As a patient, it sounds compassionate to me to hear a doctor complain about a “dead-end diagnosis begging for definition and context.” He doesn’t want to leave patients without answers or with answers that don’t lead to help.

I remember the first person I ever met with a fibromyalgia diagnosis. She was treated with steroids (not usually considered a treatment for fibromyalgia) for years. When her rheumatologist retired, she found a new doctor. I urged her to ask for an anti-CCP test. Long story, shortened, my friend did have misdiagnosed Rheumatoid Arthritis all those years. The RA had not affected her hands yet, so it went unrecognized. Sound familiar? I won’t go into all that cost her health, but I will say that I’ve heard similar stories numerous times since I’ve been blogging.

Some rheum docs do not thoroughly rule out RA or other treatable diseases when they diagnose FMS. Also, some docs add a fibromyalgia diagnosis to an RA diagnosis when the RA symptoms don’t remit with the lowered lab scores. This is done even though the symptoms (fatigue, muscle pain, trouble sleeping, tendon/trigger point pain, brain fog) are historically considered RA symptoms. Not all rheumatologists agree with this practice.

By definition, a diagnosis of exclusion is rare, but fibromyalgia diagnoses are widespread and rapidly increasing. It is extremely common for several rheumatologists to give alternate opinions about whether the same patient ought to have a fibromyalgia diagnosis. One shocking statistic from Dr. Sarkozi’s research: 90% of those who are diagnosed with fibromyalgia do not have it, whatever “it” turns out to be (which he addresses in his book).

Symptoms are not in question with fibromyalgia diagnosis

What is not in question is whether women (>90% of FMS diagnoses are women) diagnosed with fibromyalgia actually have symptoms. Someone somewhere may doubt symptoms, but I don’t. And Dr. Sarkozi does not sound like he does. This is about determining a physical cause for symptoms so that they can be treated regardless of the political or social consequences, as discussed in Dr. Wolfe’s Fibromyalgia Wars. (Note: if you have any trouble opening that last link, click here and scroll to bottom to “References.” Then click “FULL Free Text” on number 2.)

There are other rheumatologists working to clarify the situation with fibromyalgia diagnosis. A recent study by Dr. Wolfe, Dr. Clauw and others is an attempt to establish new guidelines to study FMS. A WebMD interview with Dr. Clauw explains that the former FMS guidelines were not intended for FMS diagnosis, but research.

40 thoughts on “Fibromyalgia Diagnosis: Do They Know for Sure?”