I promised to write about what’s going on with my neck. It’s hard to sort out what would help others to know, so I made a list of five things I’ve learned. Sometimes, it’s about sharing our journey too.

1) Do not ignore Rheumatoid Arthritis symptoms in the neck; get medical treatment.  Find a doctor who recognizes RA affects the spine. This might be a back specialist because there are myths that RA in the spine is rare.

2) There are no easy answers. If you respond very well to RA treatments, then that will probably be good news for your cervical spine. If you don’t, then it could be a complicated journey.

3) Monitor the “progress” of the RA in the spine. I know it’s a funny use of the word progress, but Rheumatoid Disease is progressive so you’ll probably need to have imaging repeated over the years if symptoms continue, which means finding a doctor to help you with this.

5) Be careful with chiropractic. The spine of RA patients can become unstable, either because of damage to supportive tissues or to the facet joints themselves. Chiropractic in the neck can actually be dangerous if there is any damage.

My journey with Rheumatoid Arthritis in the neck 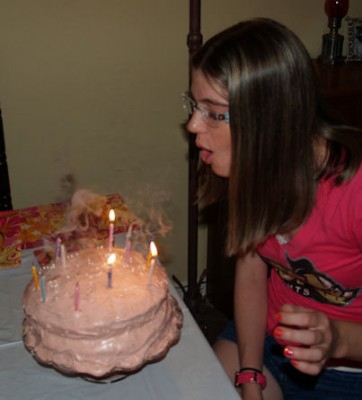 A few months ago, the previous RFA (Radio Frequency Ablation) “wore off,” meaning the nerves around those facet joints had grown back. For me, that meant increased neck pain on the right side, resuming of the old shooting pains down my right arm, and terrible headaches from the back of the head around the right side.

Since the doctor had moved away, I had to be seen by a new doc in the practice before the procedure. Doc said it’s very common for Rheumatoid Arthritis to affect the neck this way and that treating the symptoms is all they can do at this stage. I knew that, but I was glad we were on the same page.

I agree with the doc that an RFA is a good way to deal with symptoms if they can determine which joint is inflamed. For me this has meant less pain medication during the 9 months or so while the nerves are quiet. For some people the relief can last longer.

A couple months ago, I finally got the RFA which was a very different experience than the ones with the previous doctor. I will write a separate post about that experience I guess. A few weeks later, I was still having symptoms. I got another appointment.

Doc said we needed to try an epidural at another location in the neck. And to follow that up in a couple of weeks with a facet injection higher up the neck. The facet injections are usually diagnostic and if they succeed can be followed with an RFA. So if the facet injection at C2 gives improvement, then they will do an RFA there eventually. That part I understand.

The epidural in the neck, however, was a new thing for me last Friday. The injection was very fast after a lot of very uncomfortable “positioning” by the staff. And my neck hurt pretty bad for a few seconds at the end, when I suppose a lot of material was taking up space in there and creating pressure. For the next few days, it was swollen and very painful to look down so I just tried to remember to not look down. I mostly rested and took meds.

It feels better, but it’s still very stiff if I try to look down. It’s a weird experience because I was so limber all my life. I used to place my hands flat on the floor when I bent over. But that was the me who carried 50 lb bags of soil or concrete too…

At this point, it seems that the symptom treatments for RA in the spine are somewhat trial and error. You need to have a doctor who will listen and try to find a way to help. In my case the rheumatologists never examined my neck or put anything in the chart about it, even though I always mention it. I found a practice that specializes in the spine and that’s where I’ve found the most help. They don’t seem to understand I have RA anywhere besides my spine, but it’s been good to know someone is helping me with the neck.

I do realize that one day, the symptom treatments might not be enough. I have friends who’ve had surgeries such as fusions to re-stabilize the spine. For years, I’ve used a soft collar to keep my neck stable when it seems bad. I did request a new MRI of my neck, so we will keep an eye on it as much as possible and I’ll let you know about that soon.