How Much Does Patient Testimony Matter? | Rheumatoid Arthritis Warrior 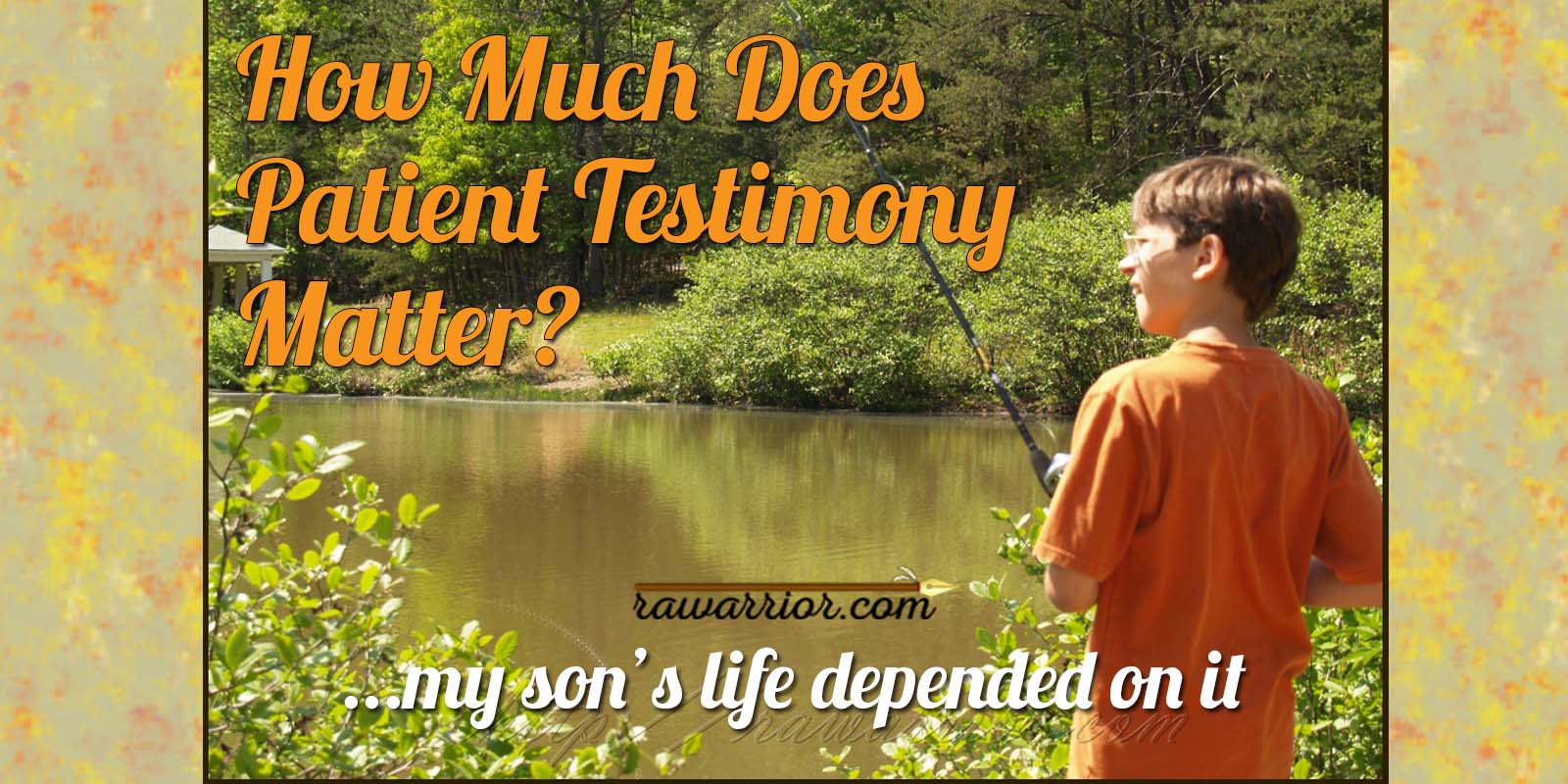 A story about patient testimony

In this blog, I’m going do something I don’t often do: use personal patient testimony to illustrate a point. 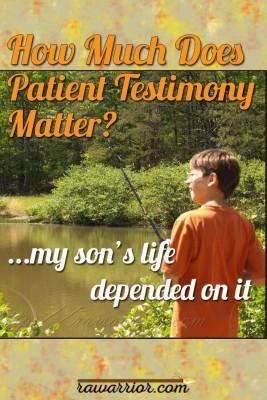 Today, I took my teenage son to a new ear, nose, and throat (ENT) doctor. My son’s ENT history was interesting to the doctor.  Reliving the story today was poignant.

As an infant, my son suffered from apnea, failure to grow, and an enlarged heart. At twelve months of age, he still could not stand. We stayed with him whenever he slept because he would stop breathing and turn blue.

Over the months, I took him to several pediatricians who refused to refer him to an ENT. Instead of listening as I described his symptoms, every doctor jumped to a different conclusion. My son had numerous misdiagnoses and a trip to the emergency room. Repeatedly, I was accused of exaggerating his symptoms. They actually said, “He does not look sick.”

As a young mom, I felt powerless and had little wisdom about how to navigate medical systems. One day when I insisted that my baby needed an ENT, I was told, “No ENT would see you. He does not need a specialist.” I still remember looking through my tears at him sitting at his desk. Something changed in me. I went home and called a pediatric ENT doctor who had seen my daughter two years earlier when she lost her hearing.

It was a busy university hospital, but at my word, she fit my son in the next day. The doctor knew immediately what was wrong with my baby and promptly admitted him to the hospital for surgery. That night I watched the monitors as his oxygen saturation levels dipped to the 50’s. That blessed doctor operated on my son early the next morning. He had an adenoid tumor that blocked his airway 98%. Every symptom had pointed to that fact.

I stayed in his hospital room with him for a week while his oxygen saturation levels improved daily. That lady ENT saved my son’s life and never charged me a dime. The hospital wrote off the entire procedure.

Two things stay with me: a deep respect for doctors who care for patients and equal disgust for those who work in medicine and ignore patient testimony.

If my son had died, we would have been told it was due to SIDS (sudden infant death syndrome). However, the real cause would have been a lack of attention to patient testimony – in this case by proxy of parent. Can we call that LAPT?

My only point about patient testimony

So what does all that prove? Anecdotal evidence proves nothing. My only point is that patient testimony is of inestimable value. It is ignored at the peril of all.

My son? Today I bought him a new Boy Scout uniform – adult sized.

How much is the patient’s testimony taken into account by medical researchers, doctors, or government safety regulators?  Would Relying on Patient Generated Data Make a Difference?

19 thoughts on “How Much Does Patient Testimony Matter?”