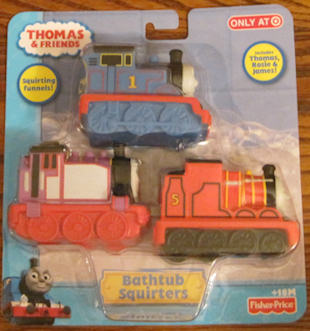 Today, my Roo is six years old. Saturday, I went shopping with Mary Khris to buy supplies to create a little Thomas the Tank Engine party. Since I can’t draw characters with icing any more, we look for ways things can be used creatively. I found some lightweight rubber train engines (actually bath toys!) that we can use on top of the cake. Wish us luck – we’ll be doing that this afternoon. (I’ll try to post a photo later.)

Does inflammation cause the usage principle?

Saturday morning I was typing at home, thankful my fingers were doing better. It seemed perfectly reasonable to get up and go on this short errand. As I got out of the car, I thought let’s do this quickly.

You can probably guess what came next. I dragged myself as far as I could, but within a few minutes, I sat on the floor because I couldn’t find anything to sit on. My knees and hips would not hold me up another second.

The next two hours passed that way with me sitting at the grocery store to rest, too. At least they have chairs!

My hips, knees, and feet were screaming when we got home. I looked down at slightly puffy legs and felt like I had a revelation. Inflammation.

Screaming is what our joints feel when we talk about the usage principle. But inflammation is probably what’s actually behind it. That’s why NSAIDs work. Or prednisone.

Many patients like me have been told that we have no inflammation because our inflammation markers are not severely elevated (CRP and sed rate). That’s why many have fibromyalgia attached to their diagnosis. There has to be an explanation for joint pain, fatigue, and fever with “normal” markers – and that one makes sense to some doctors.

Citrullination as a signpost of inflammation

Over the last week, I’ve been reading a detailed new article on anti-CCP – read abstract here. My eyes sometimes glaze over during science lectures, so I read this thing five times. Determined to get it.

Here’s one thing I grasped:

Anti-CCP tests measure anti-citrullinated protein antibodies (ACPA). My anti-CCP has stayed very high (over 250) while I had “no inflammation.” Why did Dr. Dip tell us “Anti-CCP is always that high in RA patients, but it doesn’t reflect inflammation”? By the way, if you’re in the minority of RA patients who fail the anti-CCP test, the article indicates future research should lead to tests for ACPA-negative RA subgroups who have a non-citrulline-dependent immune response.

Mary Khris put ice packs on my feet and it helped. She didn’t read the article; she just knew. My hip was the worst and I did not want ice there. I dragged that leg all day Sunday. It sounds so simple, but it just sunk in for me. This is real. I really do have this inflammatory disease, despite my low-CRP genes and Doc Space Heater’s insisting: “You have no inflammation.”

37 thoughts on “Inflammation and Thomas the Tank Engine”