At a meeting of Rheumatoid patients, we heard one describe how her spouse is leaving her as a result of her Rheumatoid Arthritis diagnosis. Everyone in the room gasped as she recounted how her husband told her that he did not want to be her caretaker. However, I’ve read many sad letters with similar stories. Both husbands and wives are shocked and can resent the drastic changes which RA can cause.

Does RA lead to divorce? How often? 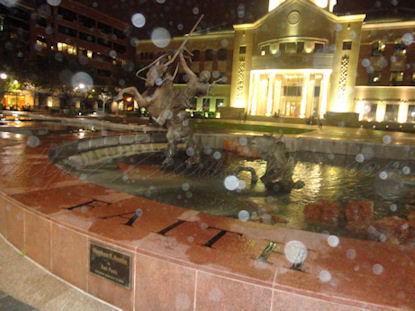 It’s often stated that there is a link between RA and divorce. Searching Google, there are still some popular articles that were published in the 70’s, 60’s, and even 50’s. If you’ve read much RAW, you may know that some of those 50’s articles have some unpleasant ideas.

Like this prize abstract: “The hypothesis of suppressed hostility as a factor in rheumatoid arthritis is supported by the finding that rheumatoid arthritics are more liable to divorce, but put up with an unsatisfactory marriage longer than those who are free of the disease. This is more striking for males than for females,” Arthritis and Rheumatism.

More modern studies (2009) don’t blame the patients, but do confirm a correlation between a Rheumatoid Arthritis diagnosis and divorce, with 25% of female patients surveyed identifying RA as a “contributing factor.” Yet, reading the description of RA, you might wonder why RA would have much influence on anyone: “Rheumatoid arthritis is an inflammatory disease that causes joint pain and swelling, commonly in the hands, wrists and knees,” Healthy Aging.

The divorce rate of RA patients is reported to be 70% higher than that of the general population (American Journal of Medicine). However, a 1991 study of over 7,000 rheumatology patients found Rheumatoid Arthritis patients were not more likely to divorce than other rheumatology patients, after “age, sex, population size, and ethnic origin” were controlled for (Journal of Rheumatology). Remarkably, however, RA patients were five times less likely to remarry than people with arthritis/osteoarthritis.

You can find dramatic articles saying RA can lead to divorce, but not much clear-cut study of the subject. Even a partial list of RA issues clearly demonstrates the stress RA can create on marriage:

What do you think? Does divorce and remarriage differ with RA patients? Does it vary with the severity of the disease or disability? Is it a similar situation to any chronic illness?

77 thoughts on “Is Rheumatoid Arthritis a Factor in Divorce?”