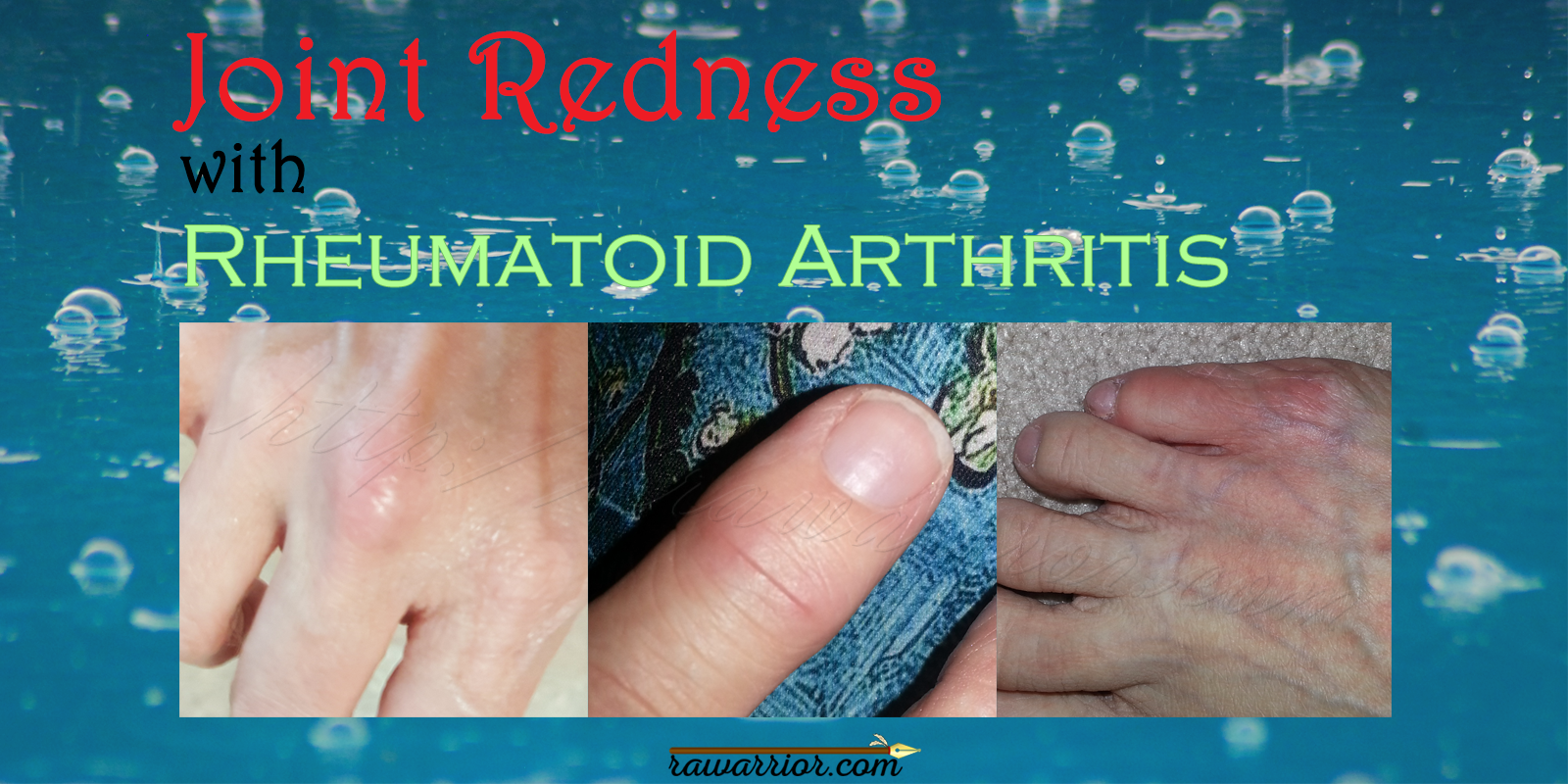 Ever notice the way Rheumatoid Arthritis joint redness is depicted? 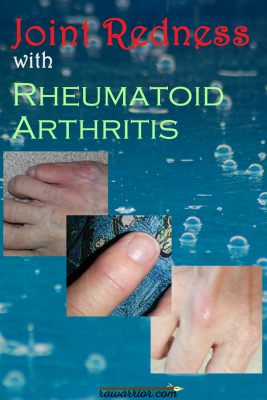 Pictures of joint redness that are supposed to be Rheumatoid Arthritis (RA) have made me laugh out loud for years. Joint redness is often shown with a bright red touchup glow. Why do they paint the joints bright red like ketchup?

Maybe they can’t find a picture of joint redness in a real Rheumatoid Arthritis patient? It’s probably possible to find a photo like that, but they’re definitely more scarce. Or, maybe the reason is red joints would have to be rather extreme to show up enough to make a powerful photo.

So, if a website or book uses an actual photo of joint redness it’s likely a photo of an extreme case. The photos of my hands in this post were taken on days when my joints were extremely red – red enough that I was shocked so I snapped a photo. But without any help from Photoshop, the red in my photos does not look very bright.

Only extremely red joints or fake red joints are probably used to make a dramatic picture.

Why do many doctors think joint redness is required to diagnose Rheumatoid Arthritis?

I’ve heard patients tell stories and read on medical websites that joint redness, swelling, pain, and warmth are all necessary for RA / RD to be present. If a person with Rheumatoid Disease (RD) visits the doctor without all of these, she is taking a risk of being dismissed (or yelled at as a patient described on Facebook the other day). I can tell you from experience, it’s horrible to be dismissed when you come for help because you can’t function.

Just like the myth that RD has to start in the joints, and must strike the hands first, the notion that joints affected by RD have to look red is flawed. That’s too gentle – it’s ridiculous.

If only patients could use Photoshop when they go to the doctor.

Do I finally have RA / RD now that I have joint redness?

Did I have RA / RD all those years with periodic joint flares I didn’t really complain about? Or did I really have it when it became full blown 24/7 and spread to every joint in my body, but with swelling that was intermittent? Or did I finally have it when I was diagnosed with Rheumatoid Arthritis a few months later? Or did I finally have RA / RD when I started having frequent dramatic joint swelling? Or… do I have it now that I have recurrent joint redness?

The fact is I had it all the time. As I’ve been saying for years, RD appears differently in different people, and in the same person over time.

1) Pictures are powerful, so people may expect something more dramatic than what patients can show them.
2) Visible RA / RD symptoms like joint swelling and redness can vary over days or even hours, and they are not always the first symptom.
3) Visible symptoms like redness or swelling do not correlate perfectly with other symptoms like stiffness, pain, weakness, or fatigue.

If what people, including doctors, see for examples of RD joint redness or swelling are either fake pictures or very extreme pictures, what do they think when they see us?

If only our joints would light up and glow red like Rudolph’s nose.