Keeper or Loser: I’m Not Giving Up, But What Do You Think? | Rheumatoid Arthritis Warrior
Living with RA / Managing RA
December 17, 2011May 15, 2018 Kelly O'Neill 141 Comments Professional patient, Talking to doctors

Warning: this is one of those rare personal posts specifically about my life, but I thought it was relevant to share. 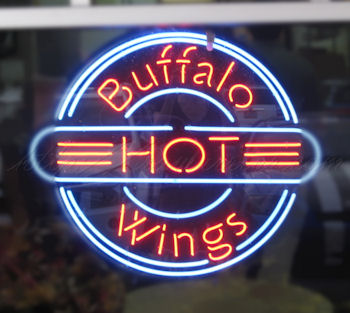 We have two endearing names for rheumatologists which I’ve coined over the years: rheum doc and The Wizard. Rheumatologists are the doctors who decide not to sneak out Osler’s infamous back door. I always give them credit for that: historically, they’ve been given some of the most “hopeless” cases in many ways with very few effective tools to make a difference. Fortunately that’s beginning to improve for a percentage of rheumatology patients.

I haven’t mentioned going off to see The Wizard recently and many of my readers know why: I’m in need of a new rheum doc myself. Last spring, we lost Dr. Smart in the disgraceful bone scan debacle. Last summer, I called several offices asking basic questions about insurance or whether they frequently treat RA. While both daughters were home to escort me, we visited an office where the woman had answered all the questions well. The doctor was even a member of the ACR, but he turned out to be the one we named Dr. Perv. His dismissive manner and beliefs were extremely similar to the rheumatologists I met in 2009 and to what other patients often describe, with the exception of the assault of course.

You can imagine why I waited a little while to try again. Later in the summer, I found a clinical trial only a couple of hours from home so that I could try one more treatment (Rituxan) instead of “just wait for something to be approved” which was what Dr. Smart had instructed me to do one year ago when the doctor ended the Actemra saying it cost the office too much money.

In this clinical trial, I’ve realized there is no rheumatology care or exams. The nurses take my vital signs and do a pregnancy test each time I come in. So, while I do get a treatment – Rituxan – I still don’t have rheumatology care – the kinds of things we talk about here like monitoring disease activity or treating to target.

Several friends have asked for details, so I made this list. It’s a hard decision whether to publish it because the whole thing made me feel lonely and discouraged. My knees were in so much pain as they had to hang there off the table during the whole appointment. I could barely walk out of there and they acted like I was fine. Maybe we hoped for more up-to-date knowledge in a newly-minted rheum doc. I admit my expectations are pretty low at this point and I’ll wait to see the chart notes after my usually normal CRP and ESR come in.

The sad part for me is my joints are worse than ever and there are always more things that I can’t do. The Rituxan hasn’t helped at all and I’ve heard the world’s top docs say that treatment should be adjusted every three months if a patient is not “controlled” or in remission. But I’m supposed to just leave my knees (and shoulders, and all my other inflamed joints) like this indefinitely and take a whole year of doses of Rituxan and then go back on another TNF? Really? I’m not sure what choice I have, but I hope I figure out something.

Postblog: I’m really sorry I couldn’t think of anything funny to put in this post. As an antidote maybe you’ll want to see this funny post or this one to remind us how we help each other. Special thanks to Shannon, Bob, Dee, Sandie, and David for so much support yesterday.