Click here to view a complete listing of Rheumatoid Arthritis stories on this site with disclaimer.

This is Kent’s onset of Rheumatoid disease story, in his own words.

My RA “onset” was sudden. I am a 56-year-old man. Very active and energetic. I woke up about 6 months ago frozen and in pain like I have never experienced in my shoulders. When I finally got myself to the edge of the bed I found out both hips had the same pain and stiffness. I thought I had been bitten by a coral snake. Seriously, my mind was racing.

In indescribable pain I got myself to my doctor’s office. Blood work was ordered and prescription Advil was ordered. Totally worthless.

From here I was bounced around to specialist, but never a rheumatologist. The thought was my right knee was swollen and they thought it was the cause of the inflammation. White blood cell count was elevated. MRI was done on my knee and confirmed torn ACL and Meniscus. The knee was drained and no bacterial infection was found. Things were getting worse. My mobility was gone. My wife had to literally roll me around the house in the office chair. I had a bedpan, as I could not get to the bathroom. I ended up in the emergency room. More Doctors. More blood tests. Serious pain medication did, at least, relieve the unbearable pain.

The orthopedic surgeon was impossible to see and would never return calls. He was “busy.” I went back to my GP and she wanted to give me Prednisone. She could not unless the surgeon OK’d it as I was scheduled for knee surgery. Days turned into weeks. My life was literally over. The surgeon did not call my GP either. She paged him and called his office repeatedly to no avail. She (my general practitioner) called me one morning and said she felt I needed to see a rheumatologist in San Antonio. She suspected an immune system related issue. Appointment was made and after yet another week of immobility and pain I got to see the rheumy. He looked at my blood work and had me try and move. He said I had Polymyalgia and started me on 30mg of Prednisone. Within a few hours after the first dose I had relief. I gained back some of my mobility. More blood work was ordered and I had my 2nd visit within a week.

My story is simple. Question the doctors. Question everything. Research your symptoms. And hold Doctors accountable. My experience with doctors through all of this has been less than stellar. Ignorance, unprofessional staff, and zero respect or care for the patient. I am still amazed at the ignorance surrounding RA within the medical community.

My rheumy is very informed and is accessible. He works with me to educate and truly listens. I feel he saved my life.

I have a positive outlook for my future now.

I feel for the folks who have inadequate diagnosis with RA.

I have spoken with other RA patients in my small town and find most of them are on Prednisone and nothing else. Just amazing.

This is Guadalupe’s onset of Rheumatoid disease story, in her own words. 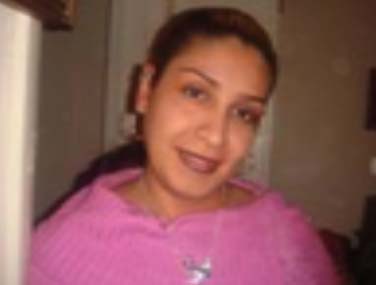 I was taking care of my mother in 2007 that had Alzheimer’s and diabetes. I quit my job as a probation agent during that time plus I also had 4 children to care for and being a single mother it was a hard time for me. It was two years that I cared for her which in the course of that time I started feeling tired, no motivation and I always had pain, mainly in shoulders, ankles and knees. I thought I was feeling this way because I was under a lot of stress from caring for my sick mother.

After she passed away in 2009 I went back to school to become a medical assistant and decided that I needed to care of me since I was feeling even worse. I could not walk due to pain in the knee; oddly it was my right side that I noticed more of the pain and swelling. When I decided to make the appointment my fingers where stiff and I saw swelling in the knuckles which I did not have before. I went to see my primary care doctor told her the symptoms I was having; she then referred me to see a rheumatologist. She tested me for Lupus and RA. The blood work showed that I had RA. The number was high I remember.

I was put on methotrexate and prednisone. I was also given a cortisone injection in my right knee. Every 6 weeks I would see my RA doctor. I noticed after several months I was having heartburn, I mentioned it to the doctor so I was given omeprazole. I had to seek medical attention on several occasion because I was experiencing a rapid heartbeat with my blood pressure going high. I felt as if I was going to pass out for this I was referred to a cardiologist and he performed a stress test, which he told me that if I continued to have these symptoms to come back to run other tests. Then I stopped taking my medication, started a new job and I felt good. I went a year without any medication then I started feeling sick again. I went to see the RA doctor again; she explained to me that it was natural for a patient of my age to stop taking the medication.

I went to see a podiatrist because I was also having issues with my feet hurting, the toes curling up and once in the middle of the night I literally woke up screaming from pain the right foot started to twist on its own it was like my foot was possessed. He injected my toes, ankle with cortisone and put me on Lyrica which did not work for me. I had to switch to gabapentin which helped. I had a nerve conduction test which came back fine. Now it is 2012 again I stopped taking my medication since about August of 2011. I stopped working in December 2011 and I have felt a little better than I was feeling after starting the medication again. My rheumatologist left the practice and I have not found a new one. I have not had rapid heartbeats or my foot twisting in the middle of the night, not sure if it was all brought on by my job as a medical assistant was job was on my feet all day and it is a stressful job. I am getting a new symptom my throat and mouth is always dry and I am thirsty all the time. I found the RA warriors website and it inspired me to seek out medical attention again. I have been feeling frustrated and depressed because I felt that the second time around the methotrexate and prednisone were not helping me at all.

This is Regina’s onset of Rheumatoid disease story, in her own words.

I started having severe shoulder, hands, and feet pain in 2005. I went two years with foot pain diagnosed as plantar fasciitis. I have heel spurs in both feet. I now know I have spurs in my shoulders also. I limped until my boss finally told me she was tired of me limping around. After two years of going to several Doctors with different pain, including a neurosurgeon who treated me like I just wanted pain pills, I went to see my nurse practitioner. I finally said the right words “I just hurt all over.” She said, “Have you ever been tested for RA?” I said “No”. She did blood test for inflammation and called me at work a few days latter and told me she was referring me to rheumy. I was shocked. I was in total denial that I could have anything like this.

I went to see rheumy in Jackson TN. He took one look at my hands and said, “This is not RA but we will do blood test.” I was relieved but wondering what in the world is wrong with me. About a week latter I received a phone call from the clinic. The nurse said, “The doctor wants you to come in for consultation.” I was confused but kept the appointment. He sat me down and said, “Dear you have RA.” I said “What?” “I have it?” “But you said I didn’t.” He said, “After getting the results of your test, I know you have it.” He then left the room for me and my husband to take a moment.  I cried a little and they came back in and discussed my options. I was totally not willing to take the drugs. I tried Plaquenil and had a reaction to it. I had to come to terms with the fact that there is not good choice with these diseases. I now take Remicade infusions and MTX along with folic acid and other drugs.

Since my diagnosis I have discovered that I have Sjögren’s Syndrome, meniere’s, neuropathy all over the place, Autoimmune Carpal Tunnel, Interstitial Cystitis, OA, degenerative arthritis of the spine, 2 bulging disc and I’m going to my neurologist in May to find out why I’m having tremors and pain in my neck.

In retrospect I can understand all the symptoms I have had for about 10 years. The Sjögren’s explains the nose bleeds that started in 1998. I don’t have a lot of external swelling but I have a lot of pain.

I have also discovered that my mother had RA and my grandfather probably died from it. My mother also had congestive heart failure and died with breast cancer at 58. I didn’t know this disease was in my family when I got sick. This information would have been very helpful to me in 2005.

Thanks for all you do Kelly. I forgot to mention that I had terrible morning stiffness and stiffness if I stayed in one position for very long. I would lock up quickly in the beginning.