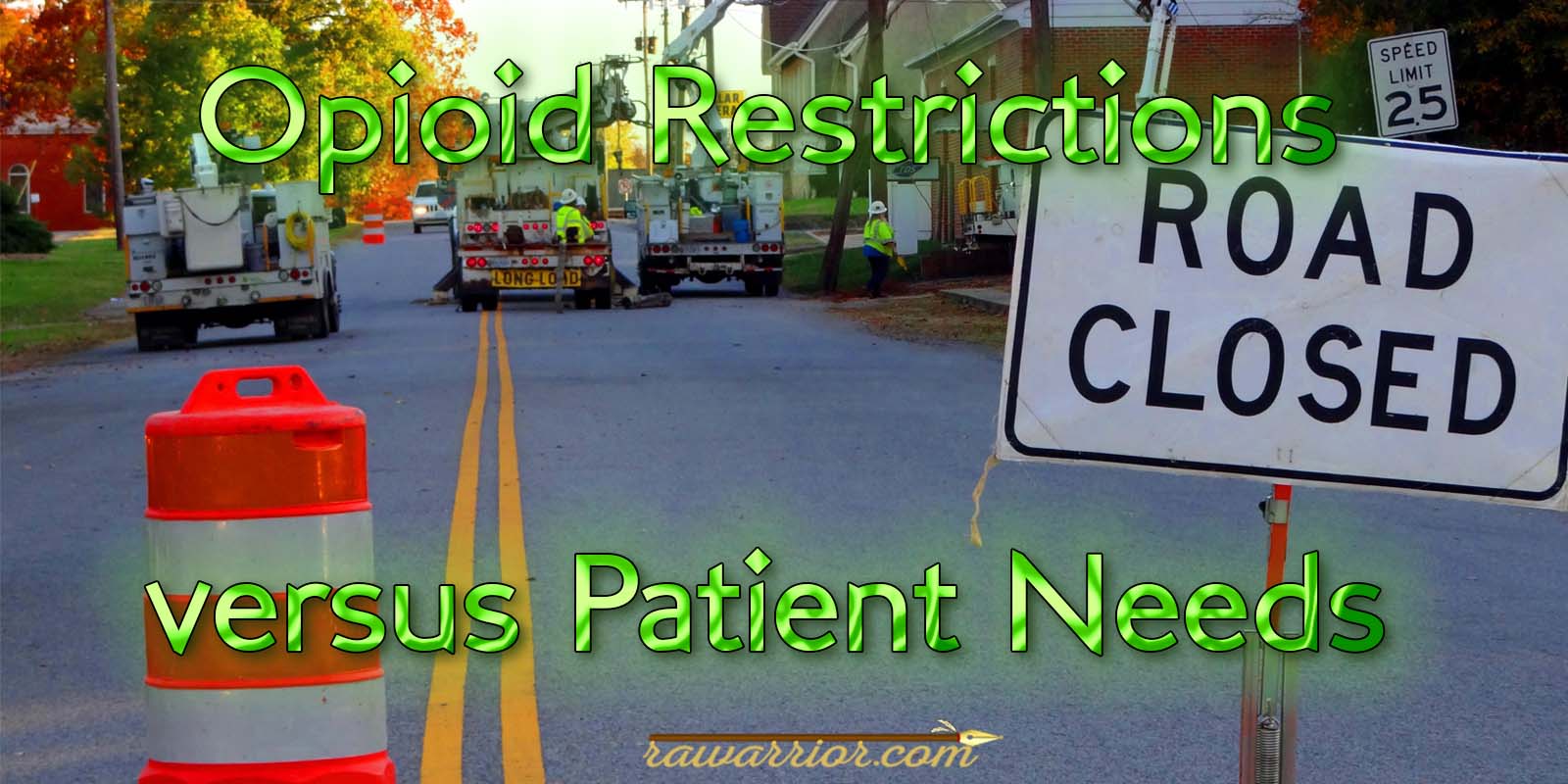 The thinking behind recent opioid restrictions 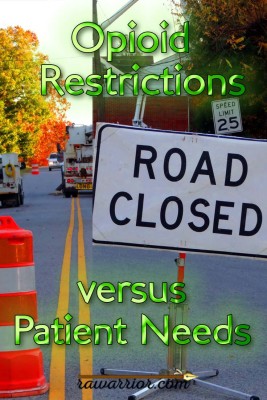 There are two sides to arguments behind recent efforts at opioid restrictions in the U.S. However one side has been dominant in the last couple of years. State and federal governments have enacted opioid restrictions in an attempt to reduce misuse of prescription medications. Options for patients with severe pain have not been the focus of these campaigns.

The U.S. Surgeon General, Vivek Murthy, has made a call to action over what he calls the “addiction crisis in America.” Dr. Murthy addressed the “public health problem” in a recent podcast interview with the British Medical Journal. He said that prescription painkillers “feed into” the heroin epidemic and he called for a broad culture change in approach to drugs. For this reason he initiated the Turn the Tide Campaign in 2016. Murthy also highlighted the role of clinicians in addressing the problem by “sharpening prescribing practices” to prevent overdoses.

In the podcast, most of Dr. Murthy’s comments were directed toward legal issues, overdose and addiction treatment, and stigma attached to drug misuse disorders. While prevention and treatment of addiction are important problems, I wondered at how little he spoke of the problem of severe pain that opioid medications are manufactured to address in the first place.

Thankfully, BMJ published a patient opinion as well, providing balance. Below is an excerpt to the article by yours truly.

The dark side of opioid restrictions

In 2014, Florida began a severe crackdown on pain medicine. I encountered pharmacist technicians afraid to handle my prescriptions. They insisted I deal with the pharmacist in person, and even refused to tell me whether my prescription had refills. They refused to transfer a controlled prescription when I moved to another county, even though all my others were transferred.

There have been times others humiliated me in their attempt to comply with the law. One practice I had never visited before demanded I urinate in a cup upon arrival. I knew it was unwarranted because I had no prescriptions there, so I refused. Once I told an intrusive pharmacy technician, “You have no idea why I need that medicine. It’s not your role to approve or disapprove.”

Messages patients sent me corresponded to tragic stories on local television news about people living in terrible pain. People could no longer get their prescriptions from their doctors, but were forced to visit specific pain clinics, an added expense for people with chronic diseases who already pay high costs. Prescriptions were limited to 30 days, requiring additional visits for refills. Click here to keep reading Kelly’s article on opioid restrictions in the British Medical Journal.

My argument was simply that opioid restrictions often punish the wrong people. While several patient groups have spoken out against the recent prescription crackdowns, other institutions have begun to examine whether the opioid restrictions are actually effective.

The jury may still be out but doubts are being raised:

People with #rheum disease have repeated severe acute pain and legitimate need for pain medication. Click To TweetOn a personal note: Eleven years of full-blown RD and I still think I’m tough. I’ve survived five (long) home births with no pain relief; the nurse midwives don’t even allow a Tylenol or a sip of wine. I’ve lived with a bulging torn disc in my spine since age 20. Endured several radiofrequency ablations while awake. Three times I’ve had a fever of 105F. For years, I’ve watched one doctor and nurse after another marvel at how I sit and breathe while needles are put deep into my finger, wrist, shoulder, knee, ankle or toe joint, and I don’t flinch. I believe I have lived through enough kinds of pain to have a fair opinion of severe pain.

On rare occasions, I use opioid pain medications myself. So yes I’m biased toward patients and I’ve written over 60 articles on RD pain and pain tolerance.  And I believe that people with rheumatoid disease live with repeated severe acute pain and have legitimate need for pain medication that it is wrong to deny. Stay tuned for more on the topic of opioid restrictions.

WHAT DO YOU THINK? HAVE YOU ENCOUNTERED OPIOID RESTRICTIONS?