Whether medicine is personalized or not, patients are 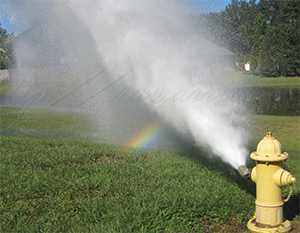 It’s fascinating how drugs are metabolized differently in different people, with different side effects and varying levels of benefit. But, prednisone is one thing we hear works the same on everyone. Is that right?

Prednisone works well enough on most Rheumatoid patients that it’s used by some doctors as a method for diagnosis: response = Rheumatoid Arthritis diagnosis. But, occasionally, patients mention that prednisone does not work as well for them. Some say that they need a high enough dose to be effective that the side effects are not worthwhile. Others say it just doesn’t work. And there was a fascinating comment recently by Belinda about prednisone working differently than prednisolone in some patients.

Prednisone works for everyone: FALSE

Three years ago, I stumbled upon a statement about the effectiveness of cortisone that jumped out at me. It was a historical article about the invention and early experimentation on Rheumatoid Arthritis and cortisone, which is of course much stronger than the prednisone prescribed today. At what we’d today consider a preposterously high dose, Dr. Ward at Mayo Clinic treated the first 100 patients with cortisone. Think of it as an early clinical trial. Their findings? Lots of side effects and an “effective response was seen in all but one patient.”

Stunning. Even at that high dose, they found one non-responder to prednisone.

After Belinda’s comment, I started thinking about this again. I wonder how many non-responders to prednisone there are. And why doesn’t it work for them? Would prednisolone work better, as it seemed to for her? 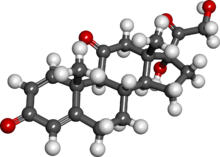 Katie Beth and I studied the Wikipedia diagrams the other night. She’s studying microbiology and organic chemistry right now so she was a big help. The prednisolone has two more hydrogen atoms on the molecule than the prednisone.

It reminds me of T-3 and T-4. I’ve had thyroid disease since age 15 and this is a simple, but critical truth that is still being learned by many in endocrinology: some patients do well on levothyroxine supplementation (T-4). Other people do not as readily convert synthetic T-4 into the active form, T-3. The tiny difference of one atom on the molecule makes a difference so that while T-4 lowers TSH and improves blood results, some low thyroid symptoms remain. The solution? Some patients need to add supplementation of T-3.

I wonder if the comparison is a plausible reason for the difference in the way prednisone and prednisolone work differently in some people. Either is obviously rationale for a more personalized approach to medicine.

Early on, cortisone was called either magic asbestos to protect patients from inflammation or a fire hose to put out inflammatory fire. Maybe it’s more like something that can throw a switch in the body to turn off inflammation – it’s just that not every person has the exact same access to the switch.

What’s your experience with prednisone or prednisolone?

96 thoughts on “Prednisone Versus Prednisolone: the Same for Everyone?”