1. Simple urine test may predict who responds to TNF biologics! 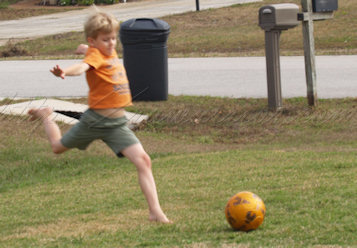 British researcher Dr. Sabrina Kapoor noted that the metabolites which are a result of the effects of tumor necrosis factor (TNF) on metabolism should be present in the urine or blood of patients. She found that pretreatment levels of histamine, glutamine, xanthurenic acid, and ethanolamine were found to be correlated with patients’ response to anti-TNF therapy.

Urine samples from 16 Rheumatoid disease patients were compared with those of 20 Psoriatic arthritis patients (PsA). Samples from the patients with RA were highly correlated (85%) with the treatment outcomes. This was a very small study, but it the results indicate it may be possible to use such a test to indicate which RA patients have TNF-dependent disease activity and thus will respond to this type of treatment.

In an Italian study of 220 early onset RA patients, “low-dose prednisone” used as a “co-medication” with methotrexate resulted in a higher proportion reaching clinical remission and low disease activity measured with power Doppler ultrasound. Power Doppler was used because the authors are aware that damaging “sub-clinical” inflammation can be detected with ultrasound (US), providing a more accurate assessment of whether prednisone helps achieve a state of very low disease activity or remission.

However, “low disease activity” levels were similar in both groups, about 75%, again demonstrating the value of aggressive treatment in early onset RA with therapeutic adjustments intended to “treat to target” of low disease activity or remission.

Mayo Clinic confirms standard heart disease risk tools drastically underrate heart disease risk in Rheumatoid Arthritis. According to Dr. Eric Matteson, “Physicians caring for patients with rheumatoid arthritis should be aware of this heightened risk even when conventional risk factors seem to indicate no increased risk, and consider measures to assess and lower CV risk in these patients.”

This study draws from the Rochester Epidemiology Project which, as we’ve noted before, allows Mayo Clinic to more closely estimate the actual incidence of RA and other health conditions.

“The observed heart disease risk turned out to be twice as high among women and 65 percent higher in men than the Framingham risk score predicted, and the Reynolds tool had similar shortcomings, researchers found. Patients 75 and older proved to be three times more at risk than the Framingham score indicated. Patients with positive rheumatoid factor also had more heart disease events than the risk scores predicted,” reported Sharon Theimer for Mayo Clinic News.