Negative spaces are only part of the picture 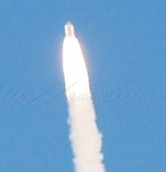 I was stirring early in the morning when everything was still gray. Something I saw looked like a fish for a moment. There’s no pet fish here, especially in my room.

“Negative spaces,” I heard myself whisper. That’s what is in between the shapes of what is really there. A stray thought from a college psychology experiment. Did you do it too? There is an old lady and a young lady in the same drawing, depending upon which spaces you concentrate on.

Really, both women are there. And the shape of a fish was in my room, the same way that there are bunnies in the clouds. Negative spaces can seem more real than the shapes in between that create them.

Sometimes, the negative spaces are all we can see.

Depression, pain, and suicide are negatives that we ignore when we can. But they intrude all of our lives, directly or indirectly. This world around us is at least as tough to interpret as a college psych experiment.

We know that depression is common with RA for at least two reasons. There is the chronic, progressive nature of the disease, which I’ve described as an endless cycle of blows. And there is the intense, relentless pain, rarely relieved completely. However, the private and invisible nature of RA can also contribute to a tendency for depression. Any suffering, without help can eventually lead to depression.

Depression isolates a person even further. However, depression can usually be treated. There is a valuable new e-book by Steve Woodruff called Clearing Clouds. You can download it free at that link. Steve lost a good friend to depression, but the book is also his own story – and his plea that we all reach out for help if depression plagues us.

Unnecessary and tragic death of a celebrity with RA 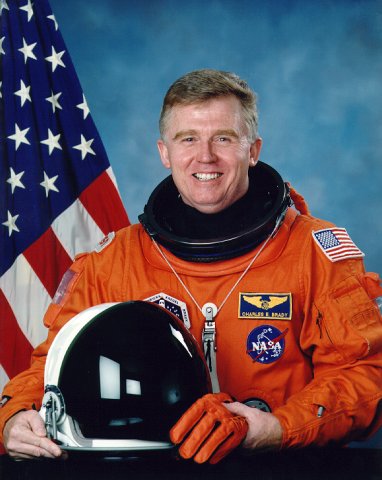 Space Shuttle astronaut Charles Brady was not quite 55 years old when he lost his fight with Rheumatoid Arthritis in a horrible way. From what I can tell, the pain and immobility were more than he could bear and he took his own life. When Brady’s Wikipedia page was Tweeted by Patricia last month before epatcon, I’d been working on this depression post.

I  re-posted the link and then read over 50 articles about Charles Brady, looking for any other reason contributing to his death. I set aside this post as I looked for answers. As a NASA fan living with RA, I was hungry to know as much as possible about his life. NASA articles on Charles Brady do not mention RA, but it’s likely that RA was a reason for his early retirement.

Until then, Charlie’s life had been crammed with achievements. I told my own Eagle Scout candidates that Brady had won a Distinguished Eagle Scout Award. It was a picture of a hopeful young life eventually shattered.

RA patients often ask when a celebrity will make a difference on behalf of the disease. Typically I give reasons why that hasn’t worked and conclude that the RA patients themselves must be our own celebrities. I hope we can also remember Charlie Brady’s sad story with its warning of the dangers of undertreated pain and the limits of what a human being can endure without the right kind of help.

We cannot always manage severe chronic pain or depression alone. We must get help if it’s needed.