For over two and a half years, we’ve followed Pfizer’s tofacitinib through clinical trials for FDA approval. Today, the U.S. FDA approved the new drug that will be called Xeljanz. Click here to read the full Pfizer press release for Xeljanz. 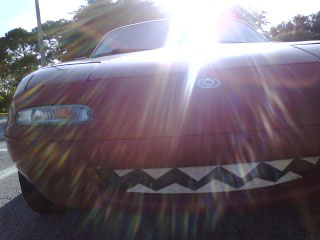 The U.S. Food and Drug Administration (FDA) announced approval of Pfizer’s new oral medication for Rheumatoid Arthritis (RA) about two weeks earlier than expected. The new brand name for tofacitinib, Xeljanz, was announced by Pfizer in its press release today. Xeljanz is the first new oral treatment to be approved for RA by the FDA in over ten years, and the first approved Janus kinase inhibitor.

Janus kinase or JAK inhibitors are a new class of medicines that inhibit JAK signaling pathways in the immune system. This is considered a novel approach to the treatment of RA. However, like Biologics such as Humira and Actemra, Xeljanz works by specifically interfering with certain modes of inflammatory activity. Other JAK compounds are in the pipeline such as Eli Lilly’s (Incyte) baricitinib.

Who can take Xeljanz?

Xeljanz is approved for people with moderate to severely active RA who do not respond to methotrexate or cannot tolerate methotrexate.

How will Xeljanz be used?

Xeljanz will be given as a 5 mg tablet twice per day either alone or with another disease modifying drug such as methotrexate. (Note: there was a 10 mg dose in some of the trials, but it was not approved yet by FDA.)

How much will Xeljanz cost?

According to Pfizer, the wholesale price will be over two thousand dollars per month, slightly less than Biologics such as Enbrel and Humira.

How long will it be until Xeljanz is available?

According to an industry representative, Xeljanz could be available to pharmacies in a few weeks.

How is Xeljanz different from other RA treatments?

Xeljanz inhibits Janus kinase (JAK), a protein that acts as a hub in the cytokine network that creates inflammation. Other treatments for RA (Biologics) interfere with the specific receptors of various immune cells such as TNF (Humira), T-cells (Orencia), B-cells (Rituxan), or IL-6 (Actemra). Xeljanz (tofacitinib) targets a broader phase of the inflammatory process.

How can we learn more about Xeljanz?

At the American College of Rheumatology (ACR) 2012 Annual Scientific Meeting in Washington, D.C., this coming week, Pfizer will present 14 abstracts on their phase three data for Xeljanz. RA Warrior will be reporting from the ACR meeting as in previous years. Pfizer has also created a website for Xeljanz for patients and professionals.

What about side effects and risks?

What about a patient assistance program for Xeljanz?