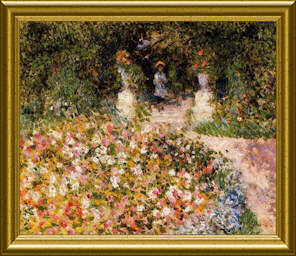 I wish this RA really were a lie.

Certainly not the same mother who carried the heavy burden working 18 hour days for 20 years to care for her family, her neighbors, and her church.

The sign in the waiting room said, “Dr. __ does not carry liability insurance.” The walls were peeling. The posters were faded. The floor was dirty. There were not computers or modern equipment to be seen.

After 45 minutes, the single employee told me to leave my 2 adult daughters in the waiting room because, “We won’t bite you.” Katie Beth said we’d prefer to stay together. They eventually gave in.

After Doctor Space Heater, I’d never see a doctor alone again. What if someone had not been with me that day? I don’t think any woman should be alone for an appointment. Twenty minutes later, he came in and sat down.

Very briefly, I described my 5 years with RA, listing the treatments I’d tried, my symptoms, drug allergies, and lab scores.

The rheumatologist said that by looking at me he can tell I do not have “any form of arthritis.” He pulled and tugged at numerous joints producing loud cracking sounds that even Mary Khris could hear (she wears powerful digital hearing aids). I asked Katie Beth, “Did you hear that?” She said, “Yes!” And he looked at her and said, “No!”

He pulled and twisted my right fingers, wrist, and arm and both legs forcefully. I refused to wince. All of my joints are tender to touch, but that wrist has not hurt this bad for months.

He said “The only medications that you need are Advil and Tramadol. I’ll write you a prescription for Tramadol.” I said, “What does that do?” He said, “Makes your pain go away.” I asked, “Does it treat the problem though?” He said, “YES!”

He said “Your joints do not hurt. You just need to relax.” He placed his hands in an inappropriate place and held them there for several seconds. When I moved away, he said to Katie Beth, “Is she always like this?” Katie Beth answered, “Only because you are incredibly rude. Let’s get out of here.”

It took a couple of minutes to get out of there. He kept insisting that I let him see my spine and asking whether I had an eating disorder. I told him that I had no idea why he was behaving this way, but we could not stay. His only employee, his wife, was staring through the doorway with a look of disbelief. I wonder how many times she’s seen this.

We give doctors a screen name on this site to protect them and us from whatever we might need to be protected from. We protect the innocent and the guilty. This one time, I wanted to print his name. I won’t do that today. Instead I’ll make a formal complaint to the state department of health. If that information becomes public, I’ll provide my readers with a link to that information.

We’ll move on, my girls and I. They’ll never go to a doctor alone.

Eventually, I will go to another rheumatologist. I admit it’s very hard to keep encouraging patients to seek care when the majority of the letters I receive tell negative stories of how they are treated. But we’ll continue to celebrate and promote good doctors and advances in rheumatological care. One project we’ve begun is a Recommended Doctors List to be published on the new Rheumatoid Patient Foundation website. If you know a good rheumatologist, please send us the name and contact info. (For now, you can also leave that information here as a comment on this post. The new email for the RPF will be up soon.)

Tonight I received an email with VERY good news for the RPF. We received a grant that we had applied for to help finance some initial programs. So far, I’ve spent my own money and the blog’s money to cover expenses for the RPF. This is another important step toward seeing our goals become reality. And it confirms to me again that we are going through doors that God is opening. We will not give up.

144 thoughts on “The Appointment with Doctor Perv”