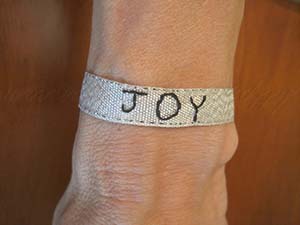 The past few weeks months have been a blur. After the computer crashed (September), I got my new Mac just in time to prepare for ACR. After ACR, I worked long days on a HAQ paper (don’t ask – it’s still unpublished – soon I hope to get back to it) and a presentation RPF is putting together for next year’s ACR. After that deadline, we were straight into preparations for Rheumatoid Awareness Day. Immediately after, I worked around the clock preparing for the RPF Annual Meeting, which took place last Friday to Sunday. When I got home, I went to sleep at 6:45.

Monday, straight to preparing for next week in D.C. Add in a couple blog posts, phone conferences, and hundreds of emails… Every night I have good intentions for many good things – but sleep grabs hold of me early.

Mostly, it’s true. One: we can make the best of any situation or we might as well try to do so. Two: mostly, these are good things we want to do and whichever ones we can get done will be a blessing somehow.

The problem of no press agent

I usually don’t have time to report back to you the details of what’s happened. I learned the hard way that it’s not always what’s accomplished that matters to people – it’s the story people read about it. Maybe you’ll want to subscribe to my posts by email and The Spear newsletter so you can read whatever I do get written. And subscribe to the RPF’s blog so you’ll get updates from members who write posts about RPF events. 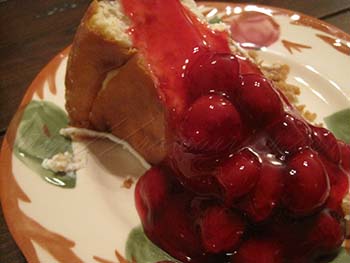 I’ve done some soul searching lately because of the pressure of only being able to get done a percentage of what’s on my plate. The past year had too much pressure and I’ll have to make some changes. The “it’s all good” thing has been a problem. Good things can grow and become too much. Boundaries are important. Yesterday was my birthday. I think the quietest ever. But my mom sent flowers and KB baked cheesecake. MK had already sent a handmade bracelet. It was chilly, but we took a 10-minute walk on the beach just to be sure to touch that base. Now, I’m in the try-to-not-miss-the-plane mode, so more balls will drop. I do miss planes. It takes forever for me to pack (or do anything).

Oh yeah, tongs. The kind of tongs at salad bars. Sometimes tongs are the only utensils on a buffet. Heavy tongs with springs in them can be painful and difficult to use if the tendons in your hands are affected by Rheumatoid disease. When I travel, I hope not to meet too many problems with unfriendly utensils.

Barstools are my enemy. A few years ago, I bought two bar stools. Pretty ladder-back ones. Then the Baker’s cysts started in my knees – my first perpetually swollen joints. For a long time, they didn’t hurt (the knees did but not the cysts). I’m pretty sure they’ve been swollen three years now and hurt for two. Standing hurts and sitting hurts. But barstools or anything that makes my legs hang is a type of torture.

Two little things that I’ll try to avoid to I can keep moving the best I can. What about you? What’s a little thing that looks so innocent, but could cause you great pain?

40 thoughts on “Thoughts about Schedules & How Evil Tongs & Barstools Are”