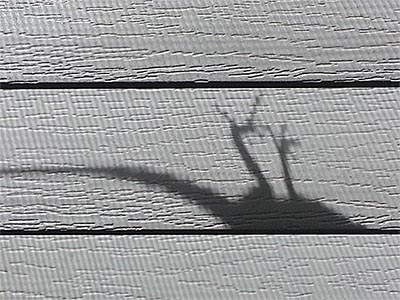 In the past few decades, Rheumatoid Arthritis has been treated with therapies designed for other diseases. It was not always clear how these drugs treated Rheumatoid Arthritis / Rheumatoid Disease, but they were found to reduce immune activity in various ways. Because researchers recognized certain drugs could slow or modify progression of disease, they called them disease modifying anti-rheumatic drugs (DMARDs) – listed here. Sometimes, stronger immune suppressants, such as those used to reduce organ transplant rejection, are used in Rheumatoid patients.

Biologicals or biologic DMARDs used to treat Rheumatoid Disease (RD) were developed to specifically target certain aspects of immune function that are significant to Rheumatoid disease activity. As more is learned about immune function, it becomes possible to “interrupt” certain pathways or signals. For some people, these treatments reduce disease activity significantly.

Here’s a list of biologic DMARDs currently approved in the U.S. for treating RD.

Note that a new abbreviation for biologic DMARD is being used: bDMARD.

Biologics like Enbrel, Humira, Actemra, Orencia and others are usually used in combination with a conventional DMARD like methotrexate. Combination treatments are more effective at reducing disease activity, and biologics were tested in clinical trials in conjunction with methotrexate. Methotrexate is believed to help reduce the tendency to produce antibodies against Biologics.

In recent years, triple therapy has been investigated as an alternative to more expensive biologics. Triple therapy refers to a combination of three non-biologic DMARDs, most frequently sulfasalazine, hydroxychloroquine, and methotrexate. Other DMARDs can be used based on what medications patients can tolerate. Combining biologics is not approved by the FDA, or done in usual practice, but some investigation is being done. Of course any combination therapy including triple therapy reduces immune function, so people treated with these methods should make their doctors aware of every medication they use, and practice preventive first aid.

Triple therapy is not inferior to Biologic combination therapy

Clinical benefit was compared with various scores of symptom improvement and joint damage (see partial list below). Although the Enbrel combination scores were better in some cases, the investigators determined that as a whole, triple therapy was statistically noninferior and would be an option to use before more expensive bDMARDs are tried.

What do you think? Here’s my reaction

Studies have shown that biologic DMARDs, when effective, reduce damage and disease progression. They address systemic RD inflammation that causes changes in bone metabolism, evidenced by both localized erosions and generalized bone loss (osteoporosis).[2] By reducing systemic inflammation, biologics also reduce the risk of premature death in RD (by 25% in one study).[3]

Successful treatment of Rheumatoid Disease must involve both symptom improvement and reduction of long-term disease progression or damage of the musculoskeletal system. And, RD treatments should also address matters related to systemic disease that are not frequently measured at this point. That is the definition of successful treatment in my book.

I’m sure I’ll hear more at the ACR Annual Scientific Meeting about both the benefits of triple therapy and reasons newer treatments are better. I’ll let you know.

NOTE: Some scores reported in the study. TT is triple therapy. Enbrel was combined with mtx.