To people with an incurable disease, clinical trials signify the possibility of a cure. Perhaps my suffering will end one day. Someone is looking for answers. Someday my prince will come.

Do clinical trials test all kinds of patients?

Does clinical trial research benefit all patients with a disease? Can everyone assume that the conclusions from a study apply to them? Will the drug work?

Great care is taken with clinical trials to insure that the results are relevant. Populations are randomly assigned and there is an effort to eliminate bias. However, if the specific eligibility criteria of a clinical trial generate a population of patients which is significantly different from the population who will eventually use the drug, there may be a problem.

I looked around and found that goal is not disguised. From the Crohn’s and Colitis Foundation of America clinical trials page: The clinical investigators that conduct drug trials have special considerations when choosing patients. “To get a drug on the market, you have to show it works,” says Dr. Hanauer. “Ideally, you could give it to anyone, but you have to pick a population of patients who you anticipate will demonstrate a reliable response. This is based on the information from the pilot trials.”

Clinical trials establish very specific criteria for inclusion and exclusion of participants. Some criteria include time since diagnosis, previous medications taken, and co-morbid diagnoses. Many RA trials use a C-reactive protein (CRP) level as an eligibility requirement. CRP is a protein produced by the liver during periods of inflammation in some people.

CRP is called an acute phase reactant because it can increase in response to acute conditions. The common belief is that CRP is the best objective indicator of inflammation. Some rheumatologists believe that it’s the only dependable inflammatory indicator. However, as we’ve discussed a few times before, CRP tends to be lower or higher in different people for a variety of reasons, including genetics.

Approximately 40 percent of people with Rheumatoid Arthritis have normal results on the so-called inflammatory markers, CRP and sed rate. These normal results occur in spite of Rheumatoid disease activity or accompanying pain, disability, and damage. Sometimes, RA patients with lower CRP levels have difficulty getting adequate treatment exactly as suggested by this article in Genetics Times.

“… (T)he genetic effects of CRP variants on acute-phase serum CRP concentrations in patients with rheumatoid arthritis may be large enough to have a clinically relevant impact on the assessment of inflammatory disease activity, which in turn may influence therapeutic decision making. Furthermore, failure to take into account the potential for genetic effects may result in the inappropriate reassurance or under-treatment of patients simply because they carry low-CRP associated genetic variants.”

How different are patients in clinical trials from average RA patients?

Those who recognize the discrepancy between the effectiveness of RA treatments in clinical trials and in the general RA population speculate about the reason. National Databank for Rheumatic Diseases suggests that exceptional treatment is the difference. “One interesting cause of inflated clinical trial results is the so-called Hawthorne effect…. In a clinical trial, the Hawthorne effect may be defined as extra improvement caused by increased attention to participants during the clinical trial…. We found that from 23% to almost half of the benefits seen in the trial had disappeared 8 months after the end of the trial. The disappearing benefits can be attributed to the Hawthorne effect…” 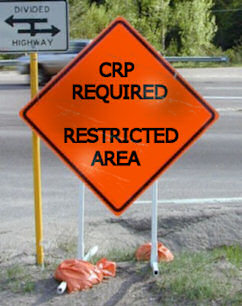 I have another theory. Perhaps the drugs work better on certain patients – patients who fit the criteria for clinical trials. New RA medications have been tested on a group with distinctive features such as high CRP or sed rate, ample visible swelling, and positive Rheumatoid factor. Often, these characteristics do not correspond to the general RA population.

Personal experience with CRP and clinical trials for Rheumatoid Arthritis

A few months ago, I wrote a sarcastic account of part of one conversation about CRP with a clinical trial coordinator. I’m so glad I learned long ago to take notes on the telephone. After the coordinator explained that a high CRP was required regardless of anything else, I mentioned that RA patients often have normal blood tests. She said, “Well, none of mine do.” I thought to myself, “Exactly my point.”

I’m one of those hopeful patients I mentioned. I hope researchers will read this and consider it.