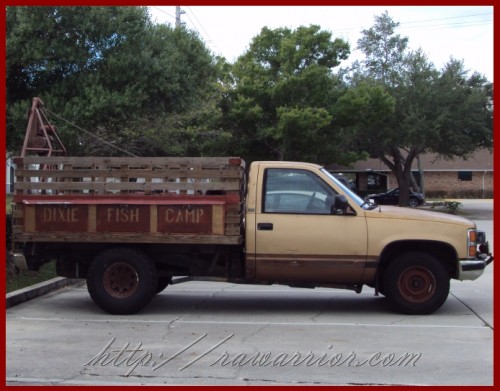 Last week, ABC News’ RA article “25 Years in Arthritis: New Treatments, New Hope” came across my screen. I’m always looking to see how the media presents Rheumatoid Arthritis. Is it a chronic incurable disease? Or is it a minor annoyance best treated by exercise and a good attitude, as was the case with Woman’s Day last year?

I don’t fancy myself as media police – more like a crusading warrior – with a smile and a sharp pen. Seriously, as it says on my Welcome page, one goal of RA Warrior is to present a realistic version of Rheumatoid Arthritis to the world. The little list of goals on that page spontaneously rolled off my fingertips last spring as I typed my fourth post ever, answering a question about why I’d started blogging about Rheumatoid Arthritis  and “come out of the closet” about living with RA.

What happened to my comments on the ABC RA article?

The first time I read the article, I posted a comment thanking them for accuracy in presenting Rheumatoid Arthritis as a disease. However, I politely disputed a point in the article and one of the doctors interviewed by the writer. Two days later, I noticed that my comment had been deleted. I posted a second sweetly worded comment pointing out that polite difference of opinion is not a reason to delete comments. Several hours later, the second comment was also removed. Then, I sent an email to the editors requesting an explanation. The only reply I ever received was an automated one saying to expect a live reply soon.

Since this opportunity has been presented, I’ll respond to three aspects of their article.

I cannot repeat what a friend of mine said after reading the article, but I’ll say that the article is more positive than a TV advertisement for a new RA medicine. For example, “Today, although disease flares and progression can’t be prevented entirely, doctors can now tell patients to expect long periods of remission…” Does that sound like the same RA you know and love?

One of the doctors they quote tells her patients that they have “an [approximately] 70 percent likelihood of having a response” to treatment.  They do not define “response.” Would they be satisfied with ACR/ American College of Rheumatology 20 (roughly 20 percent improvement) or ACR 50 or 70? Are you?

I particularly liked, “Life is still not a bowl of cherries for RA patients.” However, that is followed by “they will be much older when joint surgery becomes their best option.” I could fill a book with the surgeries caused by Rheumatoid Arthritis which have been performed either before diagnosis is acknowledged or soon afterwards in just the RA’ers who write to me or post comments on this blog.

They contrasted today’s RA treatments with the past saying that in the past “Most patients would first receive either steroids or non-steroidal anti-inflammatory drugs (NSAIDs), but these do not slow destruction of the joints…” Every RA’er I know is still first prescribed steroids and NSAIDs. As a matter of fact, they are so commonly used to treat RA symptoms that doctors often miss an RA diagnosis because the medicines suppress the symptoms or skew test results. Even if doctors successfully diagnose RA, patients are often resistant to beginning disease treatment because the steroids and NSAIDs mask the severity of their RA.

We have reported here about the demise of the RA treatment pyramid. However, it is fiction to believe that there are not many doctors still practicing by the pyramid. I regularly hear from folks who are treated in this fashion, at least for the first couple of years. I invite you to read the RA Onset Story pages if you are unaware of this reality.

3) Saving the worst for last

Finally, my original comment to ABC was regarding comments by a doctor named Hadler, whom they quoted heavily. “Hadler said the jury is still out on whether early, aggressive, and expensive treatment for all patients is worthwhile. ‘I represent the conservative school arguing that for perhaps a third [of patients] the disease is monophasic and a spontaneous remission is likely, and for another third the course is persistent but mild,’ he said. ‘It’s only a third for whom the disease is aggressive, and I reserve more aggressive therapies once the patient has declared himself as in this third.’”

A couple of women messaged me about that on Twitter, wondering why they had not read that before. The reason is that it’s not right; it is not even wrong.  It is void of fact. I was much more delicate last week on the ABC news site. But that was before they made me draw my sword.