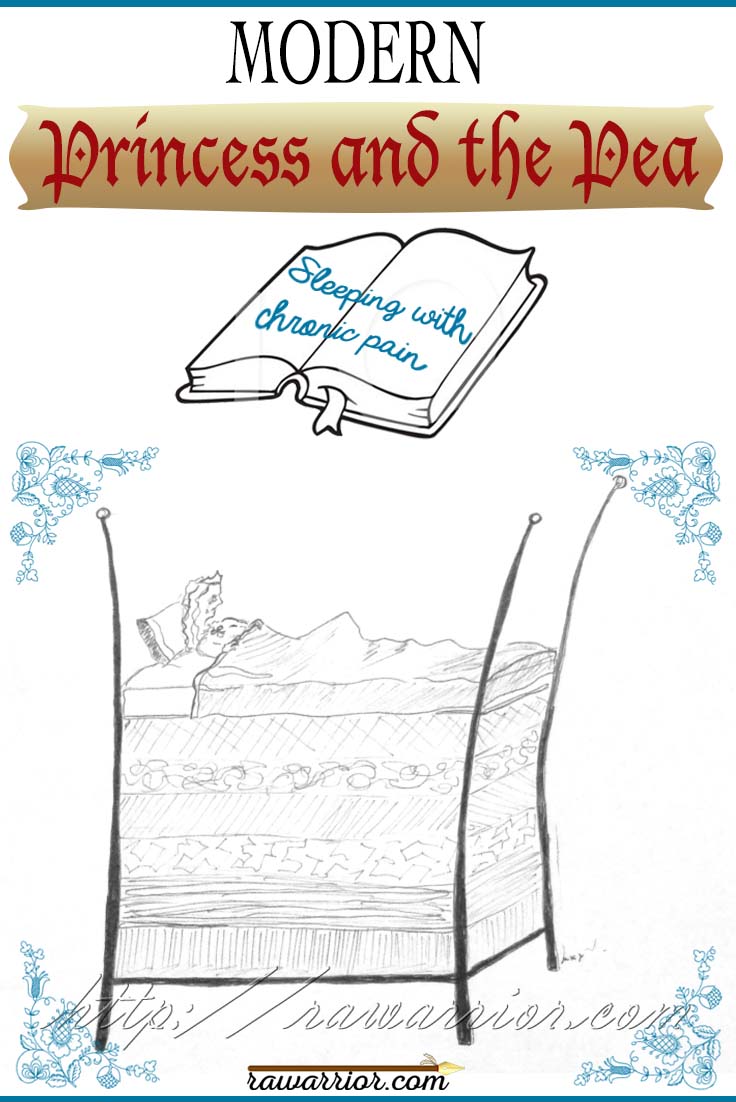 A modern princess and the pea 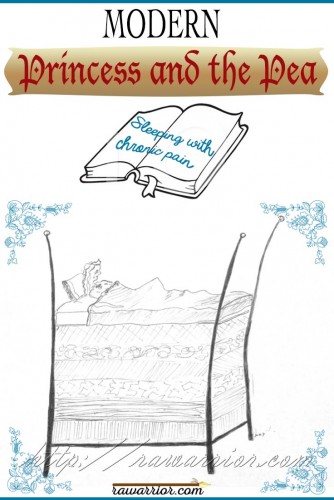 We were talking about featherbeds the other day and I recalled the fairy tale, The Princess and the Pea. My imagination wandered into a modern princess and the pea…

A woman was traveling across the country to visit her son for a holiday. It was a long drive, so she planned to stop for the night. She made reservations at a nice hotel where she had stayed in the past.

It was dinnertime when she approached the front desk. The crowded lobby was dominated by a talk show on a loud wall television. She fumbled for her credit card, getting herself organized while she waited in line.

Off she shuffled around the corner, pulling her bag into the elevator, then across the hall. The door was heavy.

Sore from the car ride, the woman hoped to go to bed early. She clicked on the TV, changed her clothes, and gathered the extra pillows from the closet.  A good night’s rest will make tomorrow’s drive much easier. 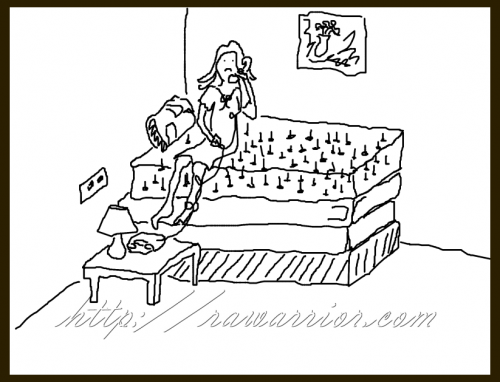 An hour passed. The movie ended. The woman cried out in pain. She sat up and called the front desk, “Hello. I’ve stayed here before. What is wrong with this mattress? It feels like it has nails inside of it!”

“Really? We’ll send someone up right away,” the night clerk utter robotically. The housekeeping woman checked the mattress thoroughly as she spread out fresh sheets and blankets. Everything looked good.

The weary traveler got back on the bed. A half-hour later, she was on the phone again. “I am sure there must be something wrong with this mattress. I feel like I’m being bruised just lying here.” When the clerk told the night manager about the call, they had an idea. Let’s put a feather bed from the executive suite onto her mattress. That will certainly make her happy.

Twenty minutes later, the woman got in bed once more. It did feel softer so maybe now she could get some sleep. An hour passed.

The night manager rolled his eyes when his phone rang again. They devised a plan to deal with her once and for all. “We’ll tell her that we found the sharp object inside the mattress and removed it once and for all. Then we’ll put another feather bed over top of the first one. She’s probably just a nut – thinks this is the Princess and the Pea or something.” 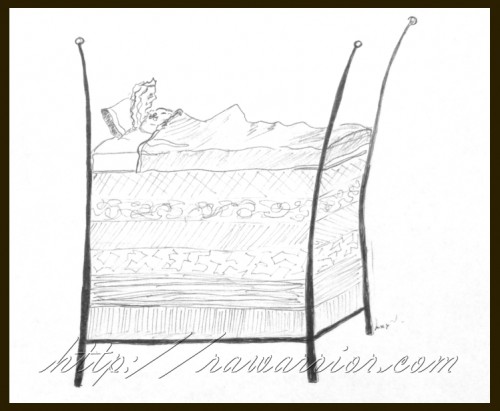 The woman did not make any more phone calls until she was in her car. Waiting in line to buy breakfast from a drive up window, she called her son. “I finally slept, but I’m sore from head to toe. I feel like I was run over by a freight train. I wonder what the problem is with that bed. It’s like a modern princess and the pea.”

29 thoughts on “Encountering Signs of Rheumatoid Arthritis: A Modern Princess and the Pea”