IS there a reliable Rheumatoid Arthritis Test? 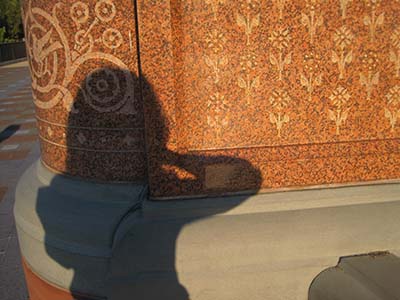 One question I often answer is about tests for Rheumatoid Arthritis. (Actually, one of the videos that was lost addressed that question! See Postblog below!) The short answer is “There is no RA test.” RA is diagnosed and monitored based on a combination of tools, including several tests. While there is no one conclusive RA test, tests can be valuable tools – we just need to learn which tests to use and how to interpret them in real patients!

The new test, discussed in a report from Swedish researchers today in Arthritis Research & Therapy, is an improved version of what we know as the anti-CCP test (also referred to by the antibody’s acronym: ACPA). The new test allows for the simultaneous investigation of more than 100 specific antibodies. It is the first version of a new “microarrayed platform” detecting multiple RA-associated autoantibodies, including multiple epitopes of antigens.

Read the brief abstract about the new test here.

More specific tests will eventually lead to more accurate diagnoses. Blood tests have been given greater weight than ever: “With the introduction of the new 2010 RA classification criteria, the impact of autoantibody serology has accordingly increased, and can now contribute to half of the points needed to classify a patient as having RA.” More tests will mean better odds for patients for getting the right care.

Personalized medicine is needed for a heterogeneous disease. I don’t need to tell most people who read this blog that people diagnosed with “Rheumatoid Arthritis” vary in patterns of symptoms. That’s about as necessary as telling you RA hurts. We obviously don’t talk very often about how much patients differ on a laboratory level. But, we do. And this new test would take that into account: “Commercial ACPA tests generally aim to collectively identify as many antibodies against citrullinated epitopes as possible. However, on the peptide level, the ACPA response in RA patients has been shown to be heterogeneous, as different RA patients show reactivity against different citrullinated peptides.”

Improving study of causes of Rheumatoid Disease. The test could be useful to analyze “reactivities” that are not covered by conventional ACPA tests, directing researchers to clues about how the disease develops (pathogenesis). “The multiplexed array, for detection of autoantibodies against multiple citrullinated epitopes on candidate RA autoantigens, will be of benefit in studies of RA pathogenesis, diagnosis and potentially as a guide to individualised treatment.”

Guarding future research. This method of testing many antibodies at once uses only minute amount of blood serum. This is important in research because there are often limited supplies of samples that were taken before individuals were diagnosed with RA or from historic sample banks. 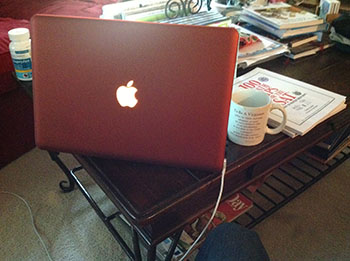 POSTBLOG: This is my first blog on the new computer. It’s a MacBook. There’s a long sad story about the demise of the data on the pretty Red Dell I used for 3.5 years. After many hours over the past weeks, I recovered all of my data except for the videos. That includes about a half-dozen new videos I’d worked on for a couple of weeks right before the disaster. Caution to anyone using Carbonite: videos are NOT backed up even if you pay for full backup, unless you specifically select them.

Life goes on, including interviews and board meetings with no notes and numerous family needs that have kept me at my usual “wall-to-wall” and “10-feet-deep” busy. I look forward to sharing some of those stories with you. I’m truly more grateful than ever to be able to talk with you here on the blog after not being able to for so long.