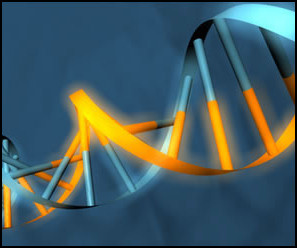 Please welcome Professor Robert W. West, Jr, PhD as a guest on the subject of Rheumatoid Arthritis and genetics. Professor West uses his expertise in genetics to teach Personalized Medicine and other courses to the doctors of the 21st Century. A recent article on Ankylosing Spondylitis (AS) illustrates how vital it will be for Rheumatoid Arthritis patients and researchers to become more invested in establishing the genetics of rheumatological diseases like AS and RA. Why are symptoms and treatment responses so varied? Will we find a cure? Genetics holds some of the keys.

Why write a guest post on the genetics of RA? I am a geneticist and molecular biologist by training and also a friend of Kelly’s. My connection to Kelly is two-fold: we are both staunch patient advocates aka e-Patients and we are “partners in pain” along with along with numerous others in the Twitter #rheum community. Either alone would suffice to establish a connection, but combined they become a powerful incentive to collaborate in a national effort to improve the treatment of chronic disease. While I personally have not been diagnosed with RA (more on my perspective of the complications of diagnosis later), I’ve discovered that RA patients have an acute appreciation for the disabling aspects of chronic pain, so we speak a common language that most others simply don’t understand.

I first ran into Kelly in mid-2010 on Twitter, during one of my early exposures to the #hcsm Tweetchat. This is a gathering of docs, RN’s, e-Patients, hospital staff, and others using social media to improving healthcare. It’s a great place to find out what’s going on in the healthcare community at large, and especially to meet folks who know much more than you about topics you’re interested in. Kelly’s participation in #hcsm is where it became clear to me, upon a bit of further investigation, she was an empowered patient in a league of her own, and I felt this provided a second common language between us.

Why study Rheumatoid Arthritis and genetics?

My goal for writing this series of posts is to facilitate the empowerment of both docs and patients to improve clinical care through modern approaches such as genetics, genomics, and bioinformatic methods established by the completion of the human genome project (HGP).  Since I also teach advanced electives in personalized medicine to medical students as an Associate Professor at SUNY Upstate Medical University, information presented here illustrates the approach I personally use to train the next generation of physicians. I believe we are establishing a model for how healthcare should be taught and practiced in the 21st century.

Being trained in genetics, it’s only second nature to attempt to explain the etiology of disease, RA in this case, via genetic contributions, with the ultimate purpose of connecting genotype (genetic variation) with phenotype (disease symptoms). Of course, if the respective genes involved are known, and corresponding proteins and biochemical pathways thus identified, then research scientists and doctors can determine where and how to focus potential therapies (e.g. drug targets).

How could a person find out about his genes with respect to RA?

Like 100,000 others, I have been genotyped by the “direct to consumer” (DTC) genetic testing company 23andMe. Conveniently, as part of their genotyping service they already provide an analysis of, nine genes or loci which have been shown to affect lifetime risk for RA. Locus is a term used to identify a chromosomal location whose proper “gene” has not yet been identified.

This provides a quick “foot in the door” to investigate the potential promise of genetic approaches to understanding and treating RA. In part 2 of this series, I present my own results from genotyping analysis provided by 23andMe specifically with respect to RA. In subsequent posts, I will discuss the present limitations of a genetic analysis such as this, and delve into the intricate details of determining the genetic and biochemical etiology of a common, polygenic disease like RA. By the end of this series, you will see that while genetic approaches offer promise in diagnosis and treatment of this devastating disease (really, “diseases”), the glass is only half full, or half-empty depending on your personal perspective, with respect to bona-fide clinical utility.

Nevertheless, I am particularly optimistic because a glass half-full is far better than one fully-empty.  Importantly, much of what I will discuss in terms of genetic approaches to understanding and treating RA would likewise apply to many other common, polygenic diseases such as asthma, which I happen to have myself.