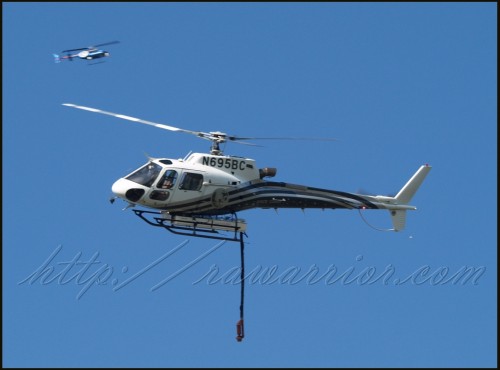 What are Fibromyalgia Wars?

There is argument from a number of doctors and researchers that the term fibromyalgia is not a helpful label for a grouping of symptoms which usually includes “widespread pain, fatigue, sleep disturbance, depressive symptoms, cognitive problems, irritable bowel syndrome, multiple somatic symptoms, and a single partially objective sign — tenderness on palpation” according to an article called Fibromyalgia Wars by Fred Wolfe, MD. Dr. Wolfe does not argue that the symptoms do not exist, but that there is still no proof of a single cause for what is now referred to as fibromyalgia syndrome (FMS). [If you have trouble opening the last link, click here and scroll to bottom to “References.” Then click “FULL Free Text” on number 2.]

If you are wondering how FMS came to be called that or treated in the way it is today, I recommend you read the article. Note the warning at the bottom of the page: “The content of this site is intended for health care professionals”. That never scared me away – remember what I said about keeping patients at the back of the information bus? However, the article was written for and by doctors, so the discussion may be a bit uncomfortable to patients.

If you get through the detailed recent history in Fibromyalgia Wars, there are several other articles referenced and footnoted in that article. There is also a criticism of Fibromyalgia Wars called War Is Over. Give Peace a Chance (with apologies to the late John Lennon) by M. Harth and W. Nielson. Dr. Wolfe has replied with Fibromyalgia Wars – II Dr. Wolfe Replies.

Also interesting is Fibromyalgia and the Fallacy of Pain from Nowhere by J. Sarkozi. Dr. Sarkozi has some theories about what origins of FMS symptoms may be and how they may be better treated by rheumatologists. So far, treatment results for FMS have been miserable. Dr. Sarkozi has a recent book called The Missing Pieces of the Fibromyalgia Puzzle. I will report back to you after I have read it.

Observing Rheumatoid Arthritis materials the last couple of years, I’ve noticed quite a few doctors who do not sound like they believe that fibromyalgia is a disease. Technically, FMS is a “syndrome” – a word to describe a collection of symptoms. It is generally treated as a diagnosis of exclusion which means that if a doctor cannot find any other explanation for a group of symptoms, then he may label them in this way.  Even doctors who do not believe it is a justifiable diagnosis will use it. Remember the example of the notorious Dr. Dorothy Sherwood in the video on the post called E-patient’s Role in Healthcare Social Media: Do Doctors Hate Blogs?

Maybe she misunderstood Dr. Wolfe’s fibromyalgia perspective – or maybe I do. He wrote, “…sometimes patients ask the physician, ‘Do I have fibromyalgia?’ The answer might be, ‘Some doctors call your problems FM. FM is the name we give to such problems, not the cause of the problems.’”  I didn’t think he meant that doctors ought to just humor patients by diagnosing FMS. It sounds like Dr. Wolfe advises that the issue is not whether the symptoms exist, but how we label them. How should we study and treat them?

One of the most surprising things to me was that so far in my reading the Fibromyalgia Wars, there was little or no mention of Rheumatoid Arthritis. I have met quite a few Rheumatoid Arthritis patients who were initially diagnosed with fibromyalgia before it was established they had RA. I have also met many RA patients who are diagnosed with FMS when the use of disease modifying drugs (DMARDs) helped put their lab work into remission, but not all of their symptoms. Rheumatologists who see inflammation markers as the only evidence of active Rheumatoid Arthritis are frustrated by patients who continue to complain that RA symptoms are uncontrolled when their ESR or CRP or Rf or whatever favorite level is within a normal range.

What is your experience with Rheumatoid Arthritis and Fibromyalgia?

Some of the most surprising things about RA and FMS that I’ve heard are the different comments rheumatologists make to RA patients about fibromyalgia. These are real examples: “Your RA inflammation shows remission, so this must be fibro”; “Has your Biologic helped your fibro?”; “The only way to treat the fibro is with prednisone.”

What is your experience? If a rheumatology specialist has ever commented to you that you have FMS, was that before or after an RA diagnosis? Did he/she prescribe something to treat FMS? What did you think about it?