What is Reactive Arthritis? 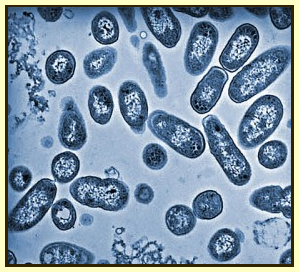 Reactive Arthritis is the modern name given to Reiter’s Syndrome.  Apparently, the first name lost favor because Reiter was a Nazi.  The name “reactive” refers to the fact that Reactive Arthritis occurs in reaction to an infection. It is also referred to as “post infectious” arthritis.

Usually Reactive Arthritis occurs as a triad of symptoms that includes eye inflammation, urethritis, and arthritis.  The illness may last only a few weeks or become a chronic condition as it did for Columbus. It is triggered by a bacterial infection; suspected culprits include: salmonella, campylobacter, shigella, and Chlamydia. Reactive Arthritis may begin as enteric, which is intestinal in origin, or genitourinary, which is sexually transmitted.

Reactive Arthritis is a spondarthropathy

Reactive Arthritis is part of the same group of conditions as Ankylosing Spondylitis, Psoriatic Arthritis, and Crohn’s Disease.  Patients are almost always seronegative for Rheumatoid factor and positive for a gene marker called HLA-B27. There are other commonalities: foot / heel pain, rashes / psoriasis symptoms, and axial skeleton arthritis which may lead to fused spine.

The gene difference is seen as a predisposition to this type of arthritis. However, an environmental trigger is required for the disease to commence.

How is Reactive Arthritis different from Rheumatoid Arthritis?

More on Columbus and Reactive Arthritis:

Part 2: What kind of Arthritis Did Christopher Columbus Have?

Columbus Day and World Arthritis Day: Is There a Connection?

9 thoughts on “Christopher Columbus, Part 3: How Does Reactive Arthritis Compare to Rheumatoid Arthritis?”