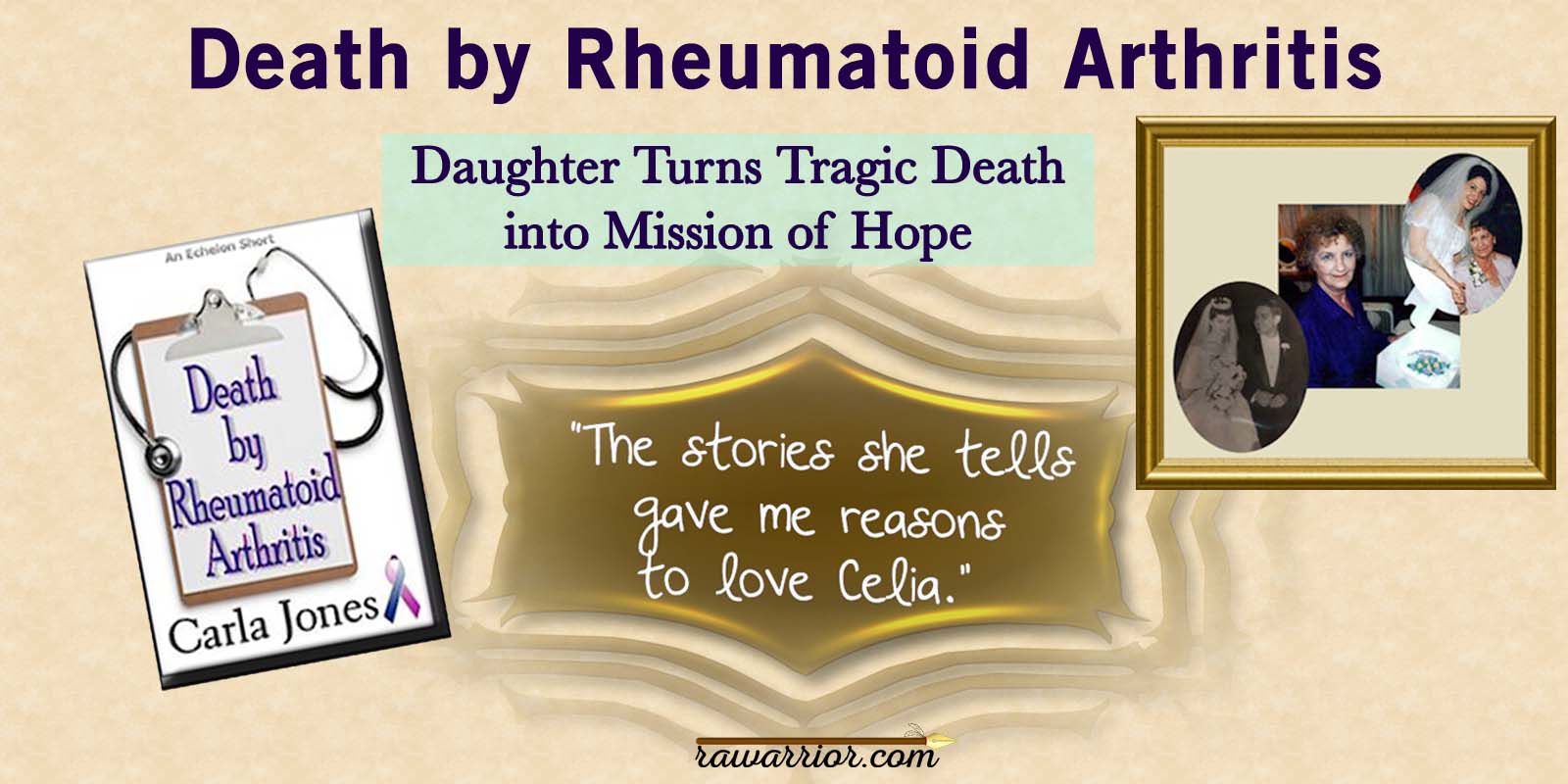 Carla’s book caught my attention several years ago and we quickly became friends. Carla has done a remarkable thing by using her personal tragedy to benefit others. I hope you enjoy this review of her book and purchase a copy of Death by Rheumatoid Arthritis to spread this crucial information. Carla donates a portion of the book sales to the Rheumatoid Patient Foundation.

Carla describes her mother Celia’s youth and her Ukranian family history, including a father who also had Rheumatoid Arthritis. The stories she tells gave me reasons to love Celia. They made me hope my own daughters will one day write as Carla did, “Celia Veno was my mother and my best friend.” 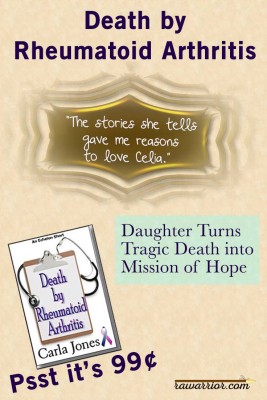 For 15 years, Celia Veno managed her aggressive RA trying every drug her doctors prescribed. She refused self pity. She worked as long as possible. And yet the pain and fatigue of Rheumatoid Arthritis were “life dominating.”

In 2003, Celia’s RA became extremely disabling and her mobility deteriorated quickly. Her family spoke with her rheumatologist. Carla writes: “After a quick phone call, he told us Mom was ‘burnt out’ on arthritis medication and treatments. The doctor said it was the worst case of arthritis he’d ever seen, and that she had run the medicine gamut. After an exam, he suggested that she remain on the steroids for her inflammation and continue with the painkillers.”

By early 2004, Celia experienced severe headaches and neck pain. After scans and x-rays of her spine, the doctors reassured the family that her condition was not life threatening and “prescribed large doses of Tylenol.”

By 2005, the family began to experience a “living nightmare.” They eventually learned that the physical therapy with which Celia had attempted to comply had actually been dangerous for her. A new doctor recognized “Spinal Cord Syndrome” in the same x-rays.

Why read Death by Rheumatoid Arthritis?

Early in Carla’s story, she shares the dramatic moment when she read her mother’s death certificate:  “Cause of Death: Rheumatoid Arthritis.” We know from the title what killed Celia Veno. So why read the rest of the book?

Death by Rheumatoid Arthritis is more than a mystery story. It is Carla Jones’ passionate appeal to the world to pay attention. RA is a serious illness which can lead to death by several means, one of which is spinal cord instability. Carla’s sincere writing could encourage RA patients to be more vigilant with the care of their cervical spines. It could also educate physicians and care givers that spinal involvement in Rheumatoid Arthritis is common and can become life threatening. 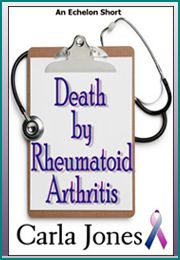 We’ve reported here on the blog of studies showing that Rheumatoid Arthritis affects the cervical spine 83% of the time in the first two years of disease activity. Carla’s book reports an even higher percentage. Unfortunately, we’ve also received numerous comments from readers whose doctors have told them that it’s rare for RA to affect the spine. They say things like, “My doctor told me that’s probably not happening with me since it’s rare.” Carla’s book shows how important it is for each of us to be vigilant on behalf of our own health.

Note: Celia Jones’ death certificate was unusual in stating RA as cause of death. Death certificates of RA patients rarely state RA. There is little data available for this reason. However there are some doctors studying how to reduce death by Rheumatoid Arthritis.

Want more: Don’t miss this interview and update with the author of Death by Rheumatoid Arthritis!

52 thoughts on “Death by Rheumatoid Arthritis: Possible and Preventable”