A new study proves what many suspected – that Rheumatoid Arthritis patients develop antibodies against adalimumab (Humira) which lessen the effectiveness of the drug. Previous studies have shown this to be true for other Biologic treatments as well.

Anti-adalimumab antibodies: another front in our battle against RA 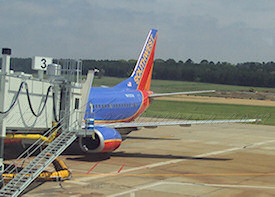 The report, Development of Antidrug Antibodies Against Adalimumab and Association With Disease Activity and Treatment Failure During Long-term Follow-up, followed 272 patients for three years. One of the most dramatic factors was the lowered likelihood of achieving minimal disease activity (or clinical remission) in patients who developed the antibodies against Humira:

1) Many don’t respond to Biologics anyway.

For many patients, blocking TNF-alpha doesn’t improve RA symptoms. As I read a lot of press reports of this study, this fact was not mentioned. I’m just tired of reading and hearing everywhere the assumption that Biologics work on all patients until they eventually stop working. The treatments we have today don’t work at all in at least 1/3 of patients. And most people who do “respond” still live with symptoms of RA since a good response is often no more than twenty to fifty percent improvement.

Only 4% of patients with antibodies to Humira “achieved remission,” compared with 34% of those without antibodies. So part of the game of RA treatment is to avoid creating antibodies that can neuter the treatment. Patients who also took methotrexate were less likely to develop the antibodies since methotrexate suppresses the immune system.

Of course patients hope new treatments can be created that can out-smart our immune systems completely, preventing antibodies from developing. Evidently, that’s more difficult than many of us can visualize.