The most admired leaders of our country have been the ones who trusted us, valued us, and actually loved us. President Reagan called America a “shining city upon a hill,” a biblical reference to the country’s position of service to the world; and in his final goodbye letter he reminded us that it is still dawn in America. Think of President Kennedy’s call for us to rise up and serve others; he knew we could and we would. Even Reverend Martin Luther King’s I have a dream speech conveys his expectation that we are up to the task.

I’ve been pondering about whether there is a need for this kind of confident appreciation in medicine. By love, I do not mean that doctors need to have their patients over for dinner or give them physical affection. Rather, I’m thinking that they need to have passion for patients as a group and for our success as individuals.

Can medical students be taught to reach beyond a paternalistic approach as a model of caring for patients and actually respect patients and trust patients’ ability to contribute?

Would love have an effect? 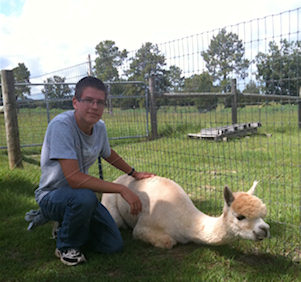 I clearly remember saying that it didn’t matter that Dr. Smart Rheum (Bone Scan) wasn’t the warm and fuzzy type. I was satisfied that I found what I really needed: a rheumatologist who didn’t waste precious time telling me I’m not sick anymore because my labs are improved; that I’m in remission no matter what my symptoms are. This doctor never tried to talk me out of my RA symptoms or blame them on some syndrome or other.

From our side we gave gratitude, respect, and cooperation …and paid all our bills. I would have gladly had dinner, too.

However, in the end, when I needed help, Dave deBronkart put it correctly: my well being did not turn out to be their priority. I kind of suspected that for a long time. But when you have RA, you really need a doctor, so I compromised. And I’ll probably do it again.

Meanwhile, this is my front porch. And I invite you to sit with me and wonder about what might be best. And what might be possible. Should doctors love patients?

20 thoughts on “Do Doctors Need to Love Patients?”