Radiofrequency ablation has nothing to do with RA. Unless RA pain from the spine is real.

Warning: This is one of those personal posts. It was an unusual week. 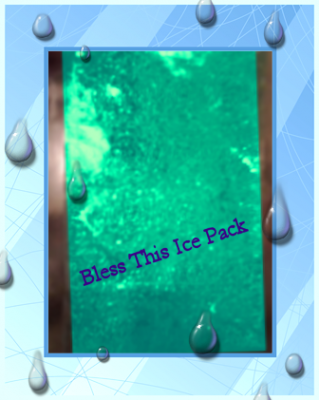 Radiofrequency ablation: This was the thing about which I said, “No way do I have time for it this month!”

There is a problem with persistent inflammation in a couple of facet joints in my cervical and thoracic spine. For about ten years, it has caused nerve pain to shoot down my right arm, neck pain, ear pain, and migraine headaches. Last October, radiofrequency ablations (RFA) at 4 points were quite successful. The nerves are kind of “burned” away by the procedure. After a couple of days of pain, I lived with almost complete relief for at least seven months. However, a couple of months ago, the pruned nerves grew back. I had to take more pain medicine and wear a soft collar. So my neck made itself into a priority.

Today, ice, pillows, and pain medicine are my dear companions. And tonight, I’m actually sitting up to type this page. Last year, it was three days before I could do that. From what I hear, these procedures become a bit more successful each time. (I can’t help but liken that to waxing my legs. Maybe the nerves eventually give up the way the follicles do.)

Yes, I’m aware that I’m only treating the symptoms. I’ll need periodic MRI’s to monitor my spine joints in case a more complicated surgery is required. But most of our RA symptoms are like that. Personally, I’m thrilled to have a way to reduce the symptoms, without using more medication. Wouldn’t it be great if we could find a way to fool hands, jaws, shoulders, knees, etc. in the same way? Again, as long as proper monitoring is done so damage is addressed.

6 thoughts on “Life of a Professional Patient, Blog#7: Radiofrequency Ablation with RA?”