Some surprises are routine

Last month, I read a blog entitled “Patient-Centered Care Should Minimize Post-Surgical Surprises” by Jessie Gruman. Her article haunted me; I contemplated how I might guess what the right questions are to ask to avoid medical surprises. Actually, it seemed from her post that it might not matter too much whether I asked the right questions. I still might not get the right answers. She begins:

“Rick Hamlin, in an op-ed essay last week, recounted how his surgeon assured him that he would be able to go on a family vacation to Spain three weeks after his open-heart surgery.  In the New York Times piece, Rick described his disappointment and despair at the unexpected six months of fatigue, pain and depression that constituted his recovery.

Letters from patients and physicians alike confirmed that a six-month recovery from such surgery is pretty typical.  They also noted that the surgeon’s unrealistic prediction about Rick’s recovery is fairly common. I’ll leave it to others to speculate about why a physician would so mislead his or her patient.” 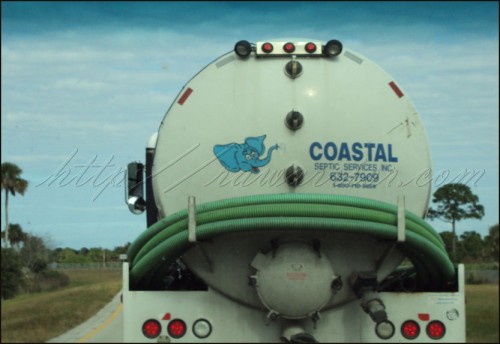 Interesting. I might not resist being one of those who speculate about the question of why. But, I’ll save that for later.

Last week, I had some minor surgical procedures done on my spine. (See the post describing Radio Frequency Ablation.) I can’t imagine a new patient being better informed than I was about the Radio Frequency Ablation (RFA). My doctor gave me printouts from good websites about the RFA procedures. I was able to read more online. I even heard online from several other patients who had undergone RFA themselves. To top it all, I wrote a blog post that discussed RFA.

The first surprise came the day before surgery. The medical assistant called to tell me she was providing a prescription for Valium for sedation.1 Maybe I’m more wary of side effects than most, but I hate new drugs. She told me that the procedure is “a little more involved” than the previous ones I’d had and doc prefers Valium. Taking a new drug made me more nervous than the RFA, so I told her not to worry about the prescription.

For a couple of hours, I wondered about what the surgery would be like. I thought about the articles I’d read. I had no idea what it would be like. They didn’t really say.

Then, I remembered what the other patients had told me about how it had helped them and was not as difficult as expected. So, I knew I could go through with it. I also knew what I’d tell any friend of mine if she asked: I’d tell her to take the Valium and be a good patient.

So, I called back the office, “Hi. I decided I’m going to do it his way. I’ll take the Valium if that’s how he does it.” I felt good about the decision, but I wanted to know more about what to expect. So, I pressed with more questions, especially regarding post op. After the last procedure (some medial branch nerve blocks), I’d had one very rough day pain-wise. But this time, doc was “burning” away nerves completely instead of numbing them temporarily. So, I assumed I’d feel much better much sooner. Not so.

She said to “expect a slower recovery” and “a different kind of pain than usual.” She recommended rest and ice.

It took me a while to talk myself into swallowing the Valium, but the pharmacist encouraged me that I would probably not feel dizzy or shaky. Why are they the side effects I hate most?

The Radio Frequency Ablations went fine. Doc used local anesthetic injections so it was a bit like a major dental procedure. I asked the doc about post-op pain relief. Doc recommended only a couple of naproxen tablets. I asked the MA if they’d object to my taking Lortab (hydrocodone) that is prescribed for my RA pain. Fine. Good. Just in case.

Katie Beth played chauffeur. I had no side effects from the Valium. The thoracic sites stayed numbed for hours but, the local anesthetic wore off in only an hour on the cervical spine location (neck). The pain was harsh. I was grateful for the Lortab. I took it along with mega-doses of ibuprofen around the clock the first couple of days. I stayed in bed, letting others bring me fresh ice packs.

If you know me at all, you know I don’t ever stay in bed. I never use ice packs. And I hate to take to take pain meds.

Well, I was a good little patient; the first couple of days went by without real suffering. That couldn’t last forever. Friday, I had to go get my Actemra IV. Saturday, my sons had their last football games. I wouldn’t have made it without the soft collar leftover from a car accident. A few times, I have gotten brave stupid and let either the Lortab or the ibuprofen lapse. I regretted it.

I’m wondering whether the doc has any idea how much post op pain there can be with this procedure. It’s not in the literature. I think they might have prescribed pain meds when they called in the Valium. Or maybe called me at home to see how it was when the anesthetic wore off. The dentist does.

1The articles described using IV sedation for this RFA; however, my doc does not use that.

34 thoughts on “Do Doctors Surprise Patients with Surgical Procedures?”