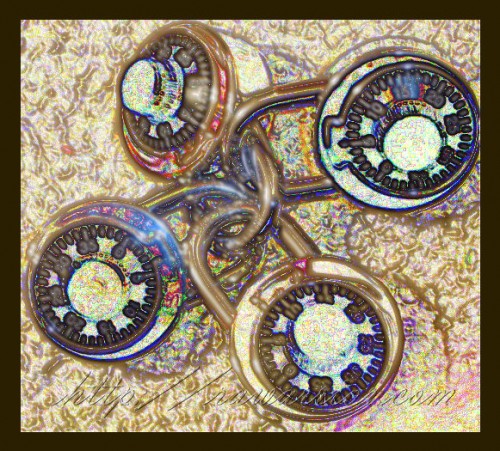 Is there an objective way to discuss Rheumatoid Arthritis pain?

Rheumatoid Arthritis pain is being studied in some surprising ways. Did you know that it is considered a “well established” fact that Rheumatoid Arthritis patients have lower pain thresholds? It is believed that they perceive pain to be worse than “actual pain” and that they worsen the perception of pain through their “maladaptive strategies” such as “catastrophizing.”

Back in 1972, the British Medical Journal reported that Rheumatoid Arthritis (RA) patients have a lower pain threshold although it does not affect their disease course. In 1999, the Scandinavian Journal of Rheumatology speculated that the “significantly lower pain threshold” of RA patients may be reflected in changes in their “nociceptive processing system.” By May 2009, Arthritis Research and Therapy reported: “To date, although it is well established that RA patients are more behaviorally responsive to noxious stimulation relative to non-arthritic controls…”

Painful as it was to read, I examined the sixty-six footnotes looking for an answer. Many of the articles had footnotes of their own, so it was an infuriating couple of weeks.

Some of the most galling claims about RA pain

The claim: “The findings suggest that RA patients display a fairly general hyperalgesia to mechanical and thermal stimuli across several body sites.” Hyperalgesia is an abnormally high sensitivity to pain. In other words, it’s a low pain threshold.  These doctors claim that “maladaptive physiological responses to stress” play a part in the hyperalgesia of RA.

My questions: How do they know what is a low pain threshold and what is more actual pain? Do they think that pain is a closed system? Do they assume that less actual pain exists because they cannot “see” the disease activity of RA?

The claim: A catastrophizing scale contained items like “I worry all the time about whether it will end” and “It is awful and I feel that it overwhelms me.” The researchers called the scale internally reliable. “These findings suggest that catastrophizing is a maladaptive coping strategy in RA patients. Further research is needed to determine whether cognitive-behavioral interventions designed to decrease catastrophizing can reduce pain and improve the physical and psychological functioning of RA patients” Pain, April 1989.

My question: How does one objectively measure whether pain is “overwhelming”? Is there any level of pain which is sufficiently overwhelming in nature for those statements not to be considered “catastrophizing”?

The claim: Another catastrophizing / rheumatology study at John’s Hopkins says “This review describes a growing body of literature relating catastrophizing, a set of cognitive and emotional processes encompassing magnification of pain-related stimuli, feelings of helplessness, and a generally pessimistic orientation, to the experience of pain and pain-related sequelae across several rheumatic diseases.”

My questions: What is the objective measure of Rheumatoid Arthritis pain which allows them to judge that the pain is “magnified” in the patients’ statements? If the RA patients live with untreatable pain, would it not be rational to feel helpless? If such perceptions of the patients are accurate, are they still maladaptive?

The claim: Clinical Journal of Pain described their 2002 study this way: “This relation was statistically significant even after controlling for actual pain and variability and other background variables.”

My question: How do they know what the “actual pain” is?

The claim: The cytokine IL-6 is associated with “catastrophizing,” with higher levels of catastrophizing being strongly related to higher levels of IL-6.  It is suggested by researchers “that cognitive and emotional responses during the experience of pain can shape pro-inflammatory immune system responses…” Pain, November 2008.

My questions: How can anyone know whether the cytokine makes it “hurt more” or whether the catastrophizing makes it hurt more? Could it be possible that patients complain more vigorously because of greater pain? Is it possible that the stimulus itself caused increased cytokine production which created more pain?

RA pain and our bottom line

The claim that RA patients have low pain thresholds should not be stated as “well established fact.” Not every footnote in the Arthritis Research and Therapy article supported the assertion. It was a conclusion drawn from various sources, many of which supported that position.

I even found a study reported in the British Journal of Rheumatology stating that while osteoarthritis creates lower pain thresholds, “other painful conditions such as Rheumatoid Arthritis do not appear to alter the pain threshold.” They certainly did not treat it as “well established” fact.

What is well established is that Rheumatoid Arthritis patients say they have a great deal of pain which is not alleviated by medicine. Either they do or they do not. Either millions of people are “magnifying,” “overfocusing,” “catastrophizing,” and “maladapting” or they are telling the truth that this deadly disease which devastates bone, tendon, and organ tissue is more painful than others realize.

Postblog: When I first realized that this RA low pain threshold theory seems to be the prevailing academic view, I was discouraged. However, it does give clues about some questions I’ve been asking about why things are the way they are. It’s always exciting to find a clue. Read my more sassy reply here: Do Rheumatoid Arthritis Patients Have a Low Pain Threshold?

235 thoughts on “Does Rheumatoid Arthritis Pain Really Hurt That Much?”