Don’t Give Up | Rheumatoid Arthritis Warrior
Communication and Inspiration
April 8, 2013May 14, 2018 Kelly O'Neill 60 Comments Encouragement for living with RA, Profiles in courage with RA 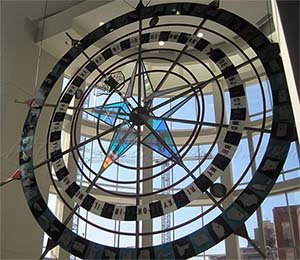 If it weren’t so debilitating, I’d be ok

Maybe it’s the pain, but today I felt weary. Sara’s words resonated: “My doctor shrugged it off after the blood test. If the pain in my hands wasn’t so debilitating then I would be ok, but I’m still kind of worried.” The left side of my cervical spine became acutely inflamed again as I slept Friday night. The pain woke me up repeatedly and in the morning I said silently “It’s not bad” as I forced myself to stand up to get medication. Like Sara said, if it weren’t so debilitating, I’d be ok.

My mom and I saw a dozen doctors before my thyroid disease was diagnosed at age 15. Taking various meds that didn’t help and dealing with bewildered or skeptical doctors was hard, but we endured for a year because the headache and heart palpitations persisted. We would have been “ok” with never seeing another doctor…if it weren’t so debilitating.

Fighting Rheumatoid disease for seven years, I’ve reached this point many times. I would be “ok,” no, actually delighted, to never take another pill or see another doctor…if it weren’t so debilitating.

My friend Eric and his wife Kim recently marked the first year of Kim’s diagnosis with RA. When Kim’s Rheumatoid disease was not responsive to treatment and their rheumatologist wasn’t much help, they asked the advice of our community. And many of you responded on Eric’s blog that they should seek a new doctor. The new doctor had some opinions that are familiar to many of us. Seeing the list of remarks from this rheumatologist reminded me a lot of the day I met Dr. Tylenol; disheartened, I just made a list of the doctors’ statements to us.

In the same way, these remarks speak for themselves.

You’re not swollen, there is no inflammation, your labs are normal.
Opiates do not help or work on RA pain.
Your stiffness and pain is due to past inflammation not current disease activity.
Fatigue is a side effect of the medications you’re on, not the disease.
The tendon cramping/spasming in your hands and feet are not related to RA. They are caused by your muscle neuropathy. (Kim has never been diagnosed with a muscle neuropathy.)
It’s normal for your neck to make crunchy noises.
Occupational therapy will help with the stiffness, lack of strength and the pain in your hands.
You’re on too many medications (by the end of the appointment he wanted to prescribe another medication).
RA does not affect the back.

We will not let this disease win

“So let us not grow tired of doing what is right, for in due time we will reap, if we do not give up,” Galatians 6:9.

If Eric and Kim are like me, they don’t want to have to search for a doctor who understands Rheumatoid disease instead of acting dismissive. But of course they will continue to fight the disease and the search for a good doctor. We know they’re out there.

We must fight because the disease is debilitating. My neck (and my knees…) are not “ok” and I have to continue the fight. I know there is hope for me – for me and for hundreds of other weary patients who have written to me.

Note: If you have a blog, write a post about how to keep the disease from “taking over” and send me the link for this week’s blog carnival – click here for more info.