No one wants complicated answers, of course. But some answers are complicated, with multiple layers or causes. Like Rheumatoid Disease and childhood hearing loss. Instead of differing experiences of patients being  suspect, they should be valuable clues to answers we all seek. 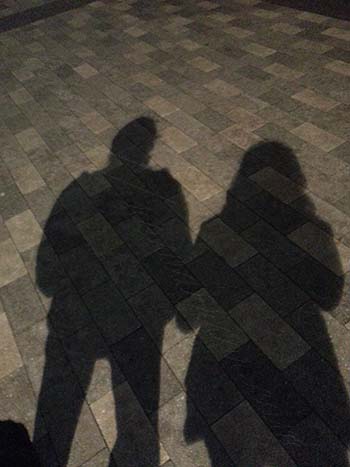 The past few months have been a slow process of diagnosis with my son Roo’s hearing. This is not the first time I’ve walked this road, but each time it was different. A few years back, when Roo was only a toddler, his older brother and sister had CT scans evaluated by a specialist who finally put a name to their hearing loss, Mondini syndrome: an incomplete cochlea. It was good to have an answer.

Much later that I learned Mondini syndrome is not “just deafness” any more than Rheumatoid is just arthritis. It was good to have more complete answers that explained more of our experiences.

And now, I’m learning more. And have more questions.

People ask about a gene for Rheumatoid Disease, but it’s not that simple

Fifty to sixty percent of the risk of Rheumatoid Disease (RD) is considered genetic. RAW has discussed genetic links to RD several times (click here) including a guest series by Dr. Robert West covering some basic issues on genetics and genomics. But I had a revelation last week during a conversation with one of Roo’s doctors, a geneticist trying to help figure out what is happening with his hearing.

The most obvious clinical aspect of Mondini syndrome is a partially formed cochlea, but Roo’s cochlea looks fine. So it’s possible that Roo has something else wrong inside of his cochlea, or that he has a normal cochlea, but a large vestibular aqueduct (another of the three findings described by Mondini in 1791). How does this relate to Roo’s family history?

My mind quickly made a comparison to RD. In an article on Rheumatoid biomarkers I’d read last summer:

“In cancer,” says Robinson, “a single genetic biomarker can completely guide treatment because that single gene is causing the disease. In contrast, RA appears to be polygenic — we believe that 10 or 20 or more genes may work together to cause susceptibility to the disease.”[1] (See note below.)

It makes sense that we are not all the same.

We don’t know enough, it’s complicated, and patients must be believed

The most important thing I’ve learned is how little we know – how little doctors know. At about eleven months of age, my son DJ had his first audiogram. As I watched him through a window in the soundproof booth, I could tell the results were not good. But nothing could prepare me for the young audiology assistant’s words: “He needs hearing aids, Mom. And you should get genetic counseling before you have another baby.” Courtesy aside, neither she nor any doctor we’ve seen could tell us how or why my children lost their hearing.

It has often been believed that Mondini hearing loss is congenital (some medical websites still claim that) – that children are born with Mondini due to an “insult” in the 7th week of gestation. But with large vestibular aqueduct syndrome (LVAS), it’s been recognized that hearing loss occurs later, which is how it happened with my three kids.[2] We can point to specific events that were likely triggers to the progression of hearing loss in the older two. I’m uncertain about Roo’s trigger because the loss occurred slowly and with fluctuation. Like Rheumatoid Disease, the cause of deafness is much more complicated than people imagine, including multiple genetic combinations and various environmental triggers that are scarcely understood. Answers will come for RD in the same way they are beginning to come for LVAS and Mondini: by considering what patients actually experience.

Rheumatoid Awareness Day is just a week away – February 2.

This year patients and organizations across the U.S. and in other countries are observing the second ever awareness day for RD. For updates on RPF sponsored Awareness Day events – click here. If you have a blog of any kind, please join our special blog carnival – What Would Rheumatoid Awareness Mean to You?

EDIT 12:22pm: My good friend and colleague Robert West has taken strong exception to the views of Dr. Robinson quoted in this article. As a genetics professor, Dr. West states that cancer and RD are both polygenic. Although Dr. Robinson is a well qualified Stanford professor, I’m not able to spend the time necessary today to investigate his statement. The point of this post, that discovering causes, triggers, treatments, and cures is very complex, remains the same. I have invited Dr. West to elaborate on the comments page and I hope that discussion will continue, with the aim being to increase awareness of the complexity of RD and the need for increased research.