A comment this week by Lisa sums up one of the most important reasons we need awareness for Rheumatoid Disease, and one of the hardest to explain to others.

“RD awareness would mean that I wouldn’t be treated like I am fine when I am not. It would mean that my limits would be recognized and if I needed help because of pain or weakness, it wouldn’t bring eye rolls and judgment, instead of understanding and compassion.”

It’s not about sympathy. Stay with me.

Commonly, such assumptions are made about people living with Rheumatoid Disease (PRD). As the examples show, it’s utter nonsense to expect PRD to live as if they do not have it. And it can be cruel. 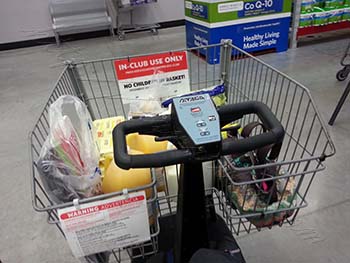 Today I got both the kindness and the callousness. I’ve often wondered when my joints are at their worst, “What if I have to leave the house when it’s like this?” I’ve been in the car – or in another city – when it got bad, but always with Katie Beth or Leslie to help me. Not today.

My knees and other joints have been extra naughty lately. I’m trained to go back to sleep, but the pain wakes me up several times a night. So I knew it would be hard to take Roo to his doctor’s appointment. Driving is nearly impossible when you can’t put any weight on the right leg.

I limped to the car telling DJ “I ought to make you drive us.” But he had track practice. I hop-limped into the office. During the hour, I noted a slight eye roll, but that was not the worst thing. My knee hurt so bad even sitting with it extended, but I felt like if I touched it, it would look like I was trying to get attention. The worst part was trying to get to the car. Leaning on Roo and refraining from any yelps, it was a grand achievement. But the silence from others was awkward. Yes I’ve told them about RD, but it was like telling them about a trip I took with aliens.

I sat in the car 20 minutes until I tried to drive again.

Now, the kindness. We needed gas and stopped at the Sam’s Club. As soon as the older attendant noticed me hopping around the car to ask for help, he said, “You sit down, I’ll pump it.” It was like I really was on a trip with aliens. He kept saying things like “Everyone needs help sometimes. It’s okay. That’s why we’re here in this world – to help each other.” For some reason he even said, “It doesn’t matter how old you are either. We are always glad to help, just ask.” The kindness was overwhelming.

After that I was emboldened enough to try to get what we needed inside of the store. Roo helped me limp to the door and I asked for an electric cart for the first time ever. I never wanted to use one because of my shoulders, but they weren’t as bad today. The controls were very easy to operate, but my hands hated using them. The girl at the pharmacy was a perfect angel too, helping as much as possible.

The truth is, I couldn’t have done it without Roo. The orange juice and the chicken proved my shoulders might hurt less, but are still useless. Every day with RD is not the same; but no day in the past eight years with RD has been even close to what it was like before. IT’S HARD TO UNDERSTAND. But I hope these little examples will help someone realize that it’s worth it to try.

Rheumatoid Awareness Day is a week away!

Much of what people assume about PRD depends upon what they know about the disease – or what they don’t know. Rheumatoid Awareness Day – February 2 is finally an opportunity to get the truth out about RD. Click here for updates about awareness day events sponsored by the Rheumatoid Patient Foundation (RPF). Or plan your own event for Sunday February 2 – cut some indigo ribbon and pin it to your jersey. And post a picture on the Facebook Rheumatoid Awareness Day event page.

If you have a blog of any kind and care about someone with RD, write about what awareness would mean to them (or you) – and join our #rheum blog carnival.

AND, click here to read about how you can double your gift to RPF in honor of Rheumatoid Awareness Day. A gift of any size, such as a dollar for every year you or a loved one has been diagnosed, would be matched thanks to a grant from Crescendo Bioscience.