This week the British Medical Journal published my article which they titled: Doctors’ understanding of rheumatoid disease does not align with patients’ experiences. But first, today is a very special day.

Four years ago today, RA Warrior was born. I’d been studying, writing, and talking to patients for a few months. But that Sunday, the planning came to an end. No one was more surprised than I was. I just couldn’t wait another moment to break loose and communicate my thoughts. I just had to write.

I couldn’t imagine why there was so much confusion about a serious disease that affects millions of people. Why are people told they are atypical for symptoms that so many encounter? Why do so many people have friends offer them Tylenol or a juice cure or tell them they have a little “Rheumatoid Arthritis” in their knee?

Eventually I understood the reason was the impractical label “arthritis.” 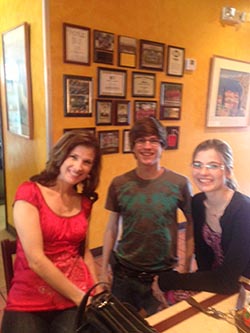 It became obvious how unworkable it is to refer to a systemic disease by one of its symptoms: joint inflammation. One issue at a time, I wrote about the disease that people experienced, including numerous subjects that were not being addressed, like cricoarytenoid arthritis (CA) – see my 2009 article on Health Care Professionals Live. Over and over, I hear from patients, “I had NO idea the hoarseness (or choking feeling or painful voice box, or difficulty breathing…) had anything to do with RA. I just try to ignore it because there are so many issues.”

Just today, I read a new study on CA, Laryngeal involvement in rheumatoid arthritis, in a Brazilian otolaryngology journal. It’s not the definitive piece on CA, but it is one more proof that the many patients who say they experience symptoms of CA, without it ever being treated, acknowledged, or recorded in their charts, are not imagining it. And when you read my BMJ article, you’ll see many other topics documented with similar evidence. Evidence that demands we call it Rheumatoid Disease. Evidence that is the basis for my first book (almost finished – I have to regularly stop to work on other projects and answer piles of emails or read to Roo!) 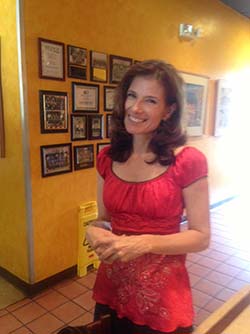 Even though I wanted to write, I faced fears in being the first website to write certain things. Often, I had to make up my own words to describe realities only people living with Rheumatoid Disease seemed to know – like the Usage Principle (stay tuned for big news on that in the next couple months). Here’s a brand new word you’ll read in my book: drumroll… PRD, people living with Rheumatoid Disease, as many use PWD for “persons living with diabetes.”

Repeatedly I wrote of things that doctors did not readily acknowledge, and PRD responded in large numbers, “You’re writing about MY life.” Sometimes, a rheumatologist tells patients that RA cannot affect the neck, but then the RA in the spine is treated by a neurosurgeon. Or the same scenario plays out with many other symptoms. And the saddest thing of course is when symptoms are not addressed at all.

Together we are changing that. I can’t tell you how many people have said they’ve become empowered to seek the care they need. And did you notice the title of the BMJ article? They called it “Rheumatoid disease.” We’re hearing it more often now.

In a speech I heard recently, someone said, “What are you afraid of? They are NOT going to EAT you!” I don’t know why it’s so hard, but I’ve overcome it repeatedly, putting myself on the line to say what I know to be true. Two years ago, on the blog’s birthday I realized there were still things I was stating too gently that needed to be said more bluntly, so I began the Frying Pan post series. There is a long way to go with most of those issues, but today let’s wish the blog Happy Birthday and think of how far we’ve come.

Postblog: Today I packed my suitcase for the Gathering, in Phoenix this year. Saturday I’ll be speaking on “The Extreme Sport of Fighting RA.” My vocal cords have been very sore the past couple months, but I still can’t wait. There will be so many laughs and hugs. Last time I flew to Phoenix my knees didn’t straighten for 5 months – it’s worth it, but this time I won’t sit hours in ridiculous chairs, and I’ll be more empowered to stand up a couple of times during the flight.

35 thoughts on “Happy Birthday RAW! The Day I Could No Longer Stay Silent”