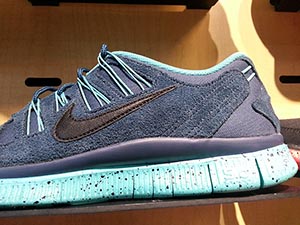 The past few weeks have been full of chaos and minor crises. Not enough to stress me out, but enough to keep my days overfull with no strength left at the end to write – only sleep. I read last month of a study of mothers of more than three children1, that they are less stressed, like I’ve always said. Really we have no choice: we relax if we want to survive!

And, I had chance to test that with a chronic disease and four kids still at home…

I usually have time to write about ten percent of the articles I want to, and I’m working on two books. If I could multiply myself, one of me would write all the time. I used to think that I write now because I’m not able to do other things. But, the reality is, I also write only when I’m able to.

The truth is, sometimes I can’t even write. It’s been a tough lessen to learn, but whether others accept it or not, IT’S OKAY. You can be a worthwhile person, not officially accomplishing anything. Of course I knew my children were treasured even they were helpless babies, or anytime they were sick. And I always enjoyed watching them play. But when applied to myself, it’s harder to acknowledge that it’s okay if I can’t always be “productive.”

It’s been hectic lately, but the Rheumatoid Disease (RD) was the same as always (unrelenting), so I stayed in survival mode. I don’t know about you, but for me survival mode is like being stuck in a big traffic jam: you just do your best to not run out of gas. Each day, you just get through it. And then sleep.

* The day I published my last blog post, celebrating the start of RAW’s 5th year, and outlining why I built RA Warrior, my site was suspended by the hosting company. Without warning, RAW just went dead. Their explanation was that the site uses a lot of resources, partly due to how large and busy it is, and partly because it was being targeted by spam comments. We often get 1,000 spam comments per day, but then, we were getting 10,000. (Of course I have a plug-in (like an app) to help catch them, and I can dump them. But they take up space as they come in.) I spent a few days fighting the spam, and did reduce it, but the host also told us RAW is being “targeted,” whatever that means.

* My amazing tech partner Katie Beth helped me move my huge website to a new host. It’s easier and harder than it sounds. But after a few days, we worked out the bugs. (Scratch that – I just learned The Spear is broken. Maybe we need to update with info from the new server.)

* A water pipe burst in my kitchen. Then the repair caused another break. Then we got that fixed and the water filter in the fridge leaked, filling the fridge with water. It was exhausting, but the whole family pulled together. The house was a wreck and we ordered dinner out.

* Tiger’s hearing aid quit. He has a warrantee replacement now, but these things take time. And meanwhile make it harder to communicate.

* Bear bought his first car after starting his first job. All good news, but parent input was required at bank and DMV or shopping for work clothes.

* Roo had lots of tests and started vision therapy. His eyes are improving. New glasses. Then a new prescription change. Lots of appointments. And mom doing his exercises with him at home every day. Maybe I can tell you more about that soon.

* Tiger’s phone (mine by contract) was stolen in a bullying incident. It was eventually recovered, but it took some of time and effort of the family to deal with the theft.

* Roo failed a hearing test. He went on medication for inflammation in the ears and will see another specialist soon. We don’t know if it’s at all related to the same issue that caused deafness in a brother and sister.

* While we tried to do laundry and pack for Phoenix, the septic tank backed up several times into my master bathroom, filling the shower and tub. Finally we got it fixed.

* Tiger’s been treated twice for bronchitis, but the cough is still hanging on. The rest of us had some nasty cruddy virus too.

There’s more, but who would still be reading at this point besides my mom?

Even if you don’t stress out, each thing takes time from the day. With RD, at the end of the day, sometimes you can just sleep. Not type.

I spent DAYS trying to get my thyroid medicines straightened out. Seems like such a waste of time. I’m more than willing to give up those meds after 30 years. But I have been near deathly ill twice because I didn’t take them, so I keep “wasting” time trying to get the new pharmacy “provider” to talk nice to the insurance and the doctor’s office.

Strangely, being in survival mode, and accomplishing what appears to be exactly nothing for the past month, I can see how a mom is still needed, and loved. Even when she can’t play tennis or plant a garden, she might hold invisible threads together, and help provide peace. Yesterday, my neck was too bad to drive, but Bear was my chauffeur so I could go order Roo’s new lenses, after our vision therapy appointment… then we found Bear the sweetest new running shoes and they are actually blue suede.

I hope you’ll relax and be gentle with yourself. I’m certain you’re worth it, whatever you haven’t accomplished lately. Or you whatever have.

57 thoughts on “Relax: Survival Mode and Our Intrinsic Value”