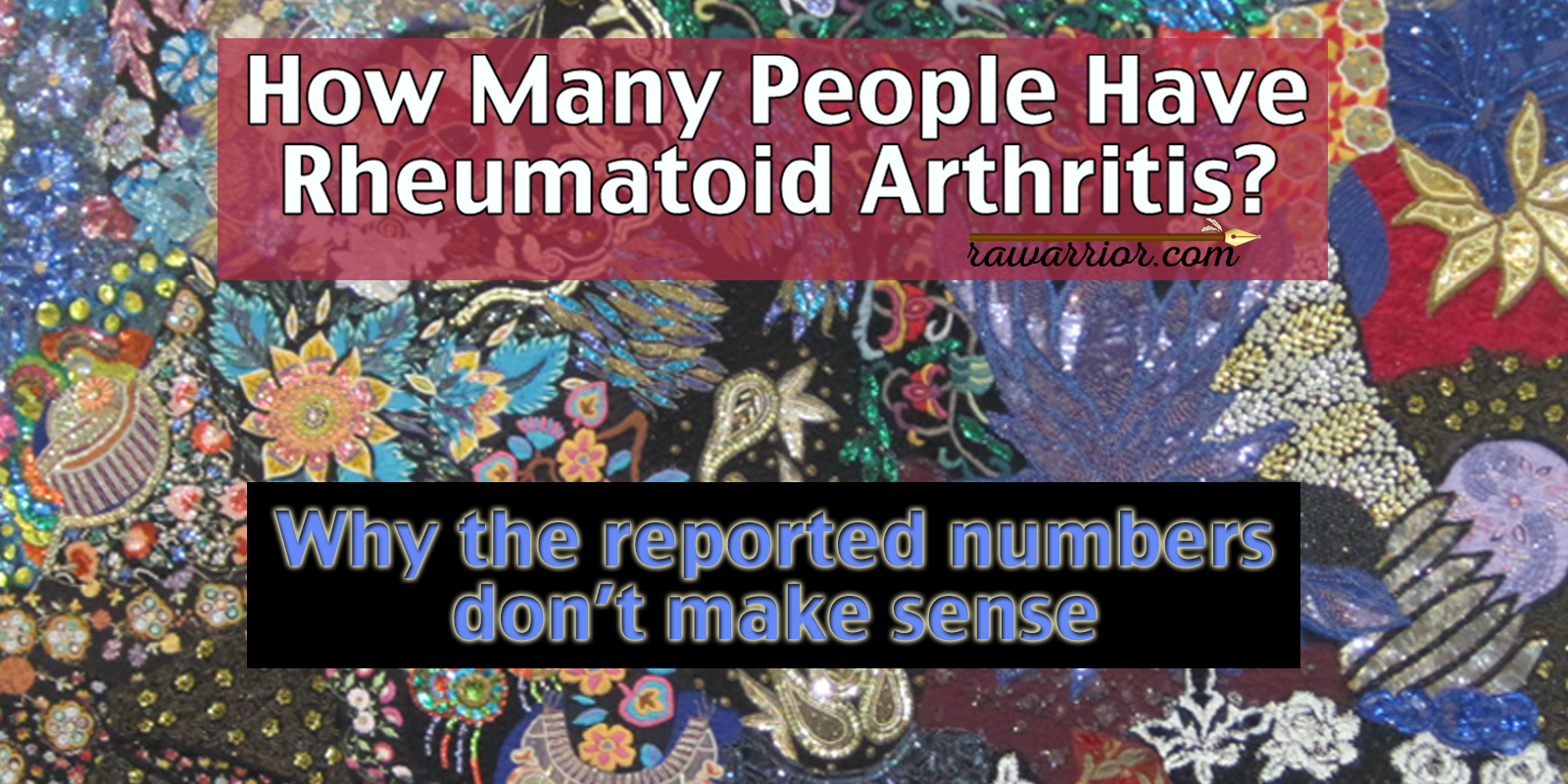 Counting how many people have Rheumatoid Arthritis (UPDATED)

Do we know for sure actually how many people have rheumatoid arthritis? How many are being treated for RA in the U.S.? Or how likely a person is to be diagnosed with RA in his or her lifetime? 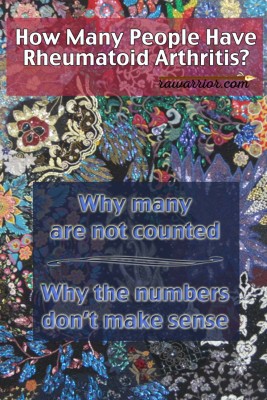 In 2009, Gabriel and Michaud indicated that “a recent systematic review of the incidence and prevalence of RA revealed substantial variation in incidence and prevalence across the various studies and across time periods within the studies,” Arthritis Research & Therapy (emphasis added). In that study, they reported a suspected decline in the incidence of RA. However, a year later, Mayo Clinic reported that the incidence of RA in the U.S. was actually climbing. Publications from Mayo Clinic have estimated between 1.6 and 2.1 million in recent years.

This chart from 2011 shows lifetime risk of Rheumatoid Arthritis and similar diseases. 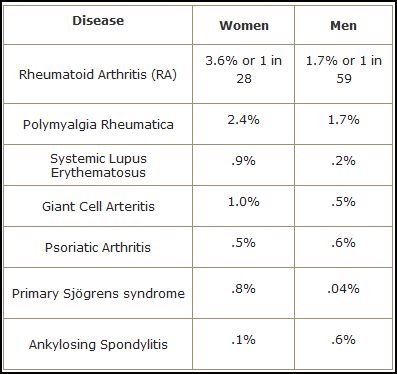 – The Centers for Disease Control and Prevention (CDC) lists RA on its “arthritis” page of its data section. According to CDC, an estimated 1.5 million adults had rheumatoid arthritis in 2007.
– The American College of Rheumatology regularly estimates the number of Americans with RA at 1.3 million.
– Other organizations consistently say “more than a million” in the U.S. have RA.

How can we know how many people have Rheumatoid Arthritis?

There are 3 ways we could estimate how many people have Rheumatoid Arthritis.

1) Deciding how many by GENETICS

Researchers hypothesize that environmental triggers account for about 50% of the risk of developing RA. So we might expect only those with the genetic risk who are also exposed to certain triggers to actually develop the disease. This is a logical explanation for the variance in incidence across time periods.

If genetics vary somewhat, and environment varies also, there should be variance in how many people have RA.

2) Using DIVISION to figure how many people have Rheumatoid Arthritis

According to the World Heath Organization (WHO), “the prevalence of definite or classical RA by the 1958 ARA or 1987 ACR criteria is approximately 1%.” This is a significant statement since those older diagnostic criteria allow for diagnosis of more advanced disease, which means fewer people were diagnosed.

3) COUNTING how many people have Rheumatoid Arthritis

Raise your hand high so we can see you in the back. Ouch. Maybe not.

It’s obviously not feasible to count everyone with rheumatoid disease, but even extrapolating from a smaller population is problematic.

Many people with rheumatoid disease would not be counted:

Postblog: are statistics good or evil?

“There are three kinds of lies: lies, damned lies, and statistics.” Popularized by Mark Twain, it still rings true today, but statistics don’t always intend to lie. And people actually like statistics when they can be used to prove a point.

Statistics are actually a valuable tool. I read a remarkable article on stats this week, in terms of basketball. An excerpt: “…The NBA is like a 24-hour statistical buffet nowadays. It can’t be ignored… Stats are here to stay. Showing up without them is like a carpenter showing up to work without a hammer. But statistics are a tool, not the tool. The carpenter needs a hammer, but you can’t just go around hammering everything and calling it good.”

No, statistics are not the only tool to help people with rheumatoid disease (RD). But we need to have more accurate estimates in the future so that we can advocate for people living with RD, however many of them there are.

EDIT Jan 2016: A recent Oxford Journal research article notes the 1% prevalence of rheumatoid is expected to rise during the next 20 years, possibly to over 20% due to an aging world population. 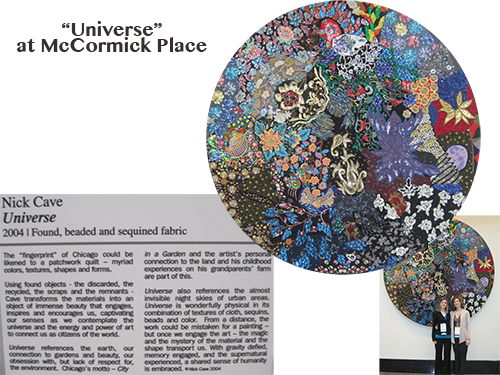 12 thoughts on “How Many People Have Rheumatoid Arthritis?”