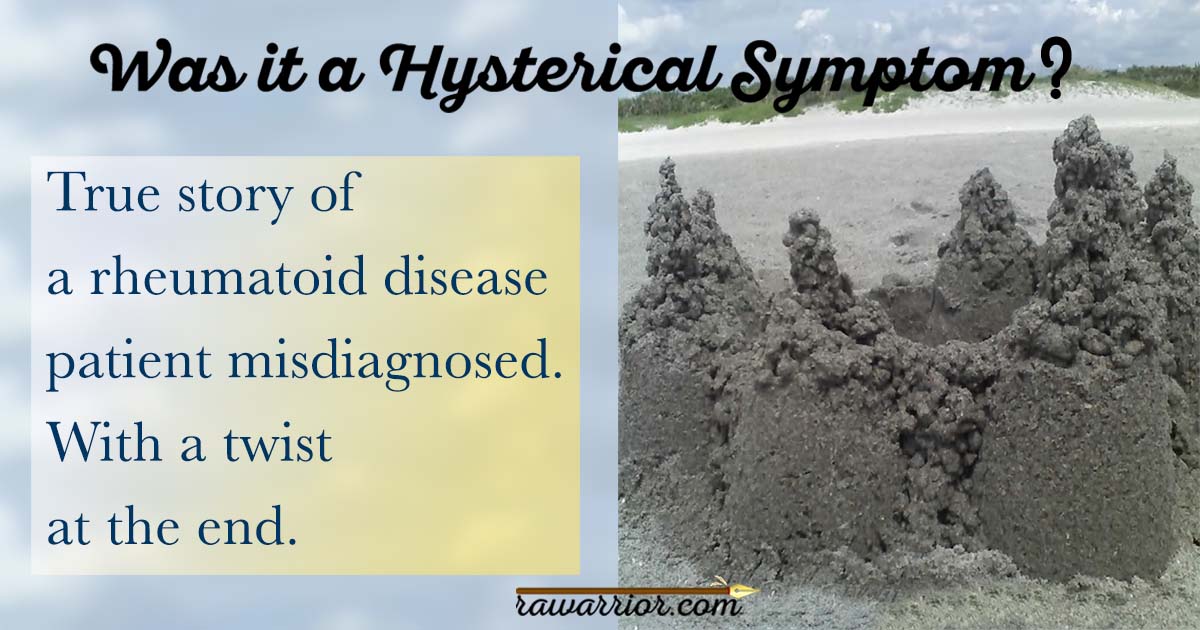 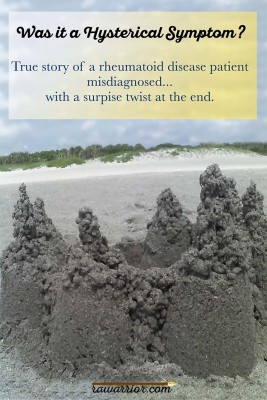 We all know diagnosis of rheumatoid arthritis can be complicated. Many of you have told of the months or years you suffered from Rheumatoid Arthritis without a diagnosis. The stories include trips to various doctors who either gave a misdiagnosis or an under-diagnosis. Unfortunately, there are also those who felt humiliated enough to give up and suffer silently.  Often, they received what I call the “hysterical diagnosis.” Although I laugh about it with you today, I actually received that hysterical symptom diagnosis several times, so I understand the anguish of it.

Out of hundreds of hysterical diagnosis stories that I’ve heard, the most hysterical of all is the story of Kim, a fellow RA blogger. Most of her story is typical.

Hint: read Part One of the hysterical diagnosis problem to learn the connection with the word “uterus.”

…for the doctor, that is. For the woman, it is only the end of a chapter. She still lives with pain and disability. When she works up enough courage, the woman seeks another opinion.

Kim went through this process with at least 4 drugs and 3 doctors. When it became clear to Kim that she had Rheumatoid Arthritis, it was still not clear to her rheumatologist. However, according to the ultrasound results, it should have been.

The fourth doctor did diagnose and treat Kim for Rheumatoid Arthritis. And in the process of changing doctors, Kim looked at her previous doctors’ notes. What she read was unbelievable.

But wait, it gets better.

Rheumatoid Arthritis is often triggered by trauma. This includes car accidents, childbirth, family death, or major surgery. For Kim it had been a hysterectomy.

That’s right. She did not even have a uterus to blame.

And that proves my point that a diagnosis of a hysterical symptom does not require an actual uterus these days. Theoretically, even a man could be given the hysterical diagnosis. But it is more rare.

The hysterical diagnosis can occur wherever there is “invisible illness.” It does not require a uterus. It only requires arrogance.

Stay tuned to Rheumatoid Arthritis Warrior for our next report on peeking at what’s in those doctors’ notes! 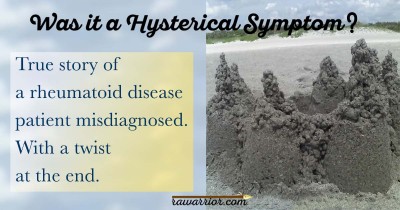