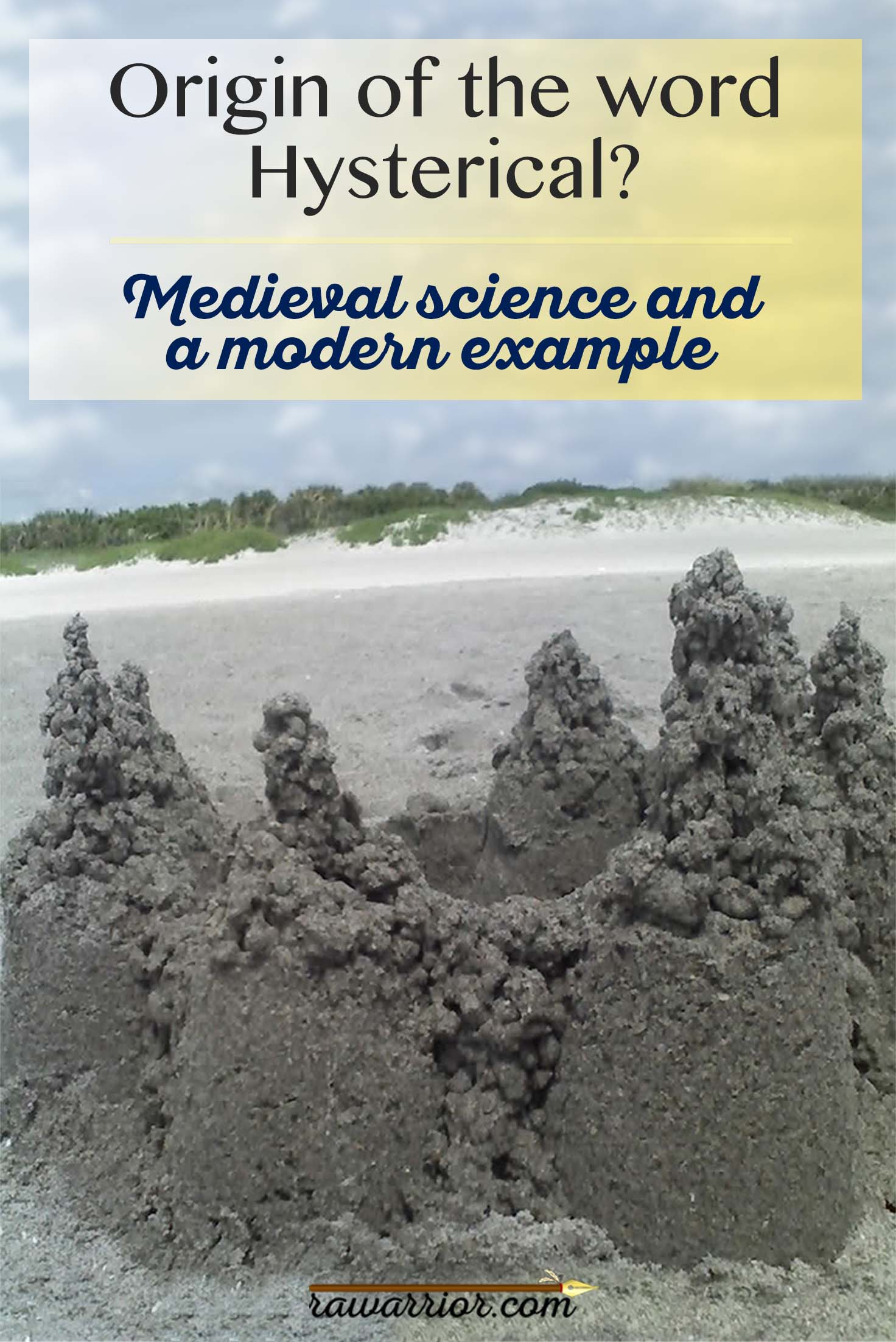 Origin of the word hysterical 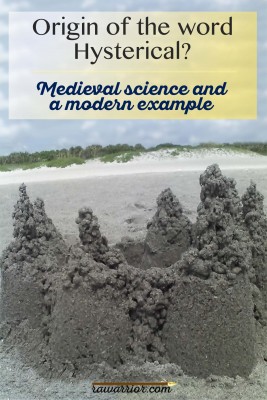 I love etymology. Origins of words can reveal a lot. And sometimes, it can be hysterically funny—except perhaps in the case of the word “hysterical” as in a hysterical diagnosis.

The word hysterical is synonymous with the words psychosomatic or neurotic. It refers to physical illness which has no identifiable physical origin. Historically, psychiatrists used this label as an explanation for those who are “chronically ill.” The patients are believed to be expressing internal conflicts by persistently complaining of physical symptoms.

The root word of hysterical is thousands of years old. It comes from a Greek word, hystera. It is the word for uterus. Perhaps you already have noticed how similar it is to the word hysterectomy.

No offense guys, but as far as I can tell, most of the doctors over the centuries were men. You probably know that most people who have autoimmune diseases or invisible illnesses are women. Male doctors could not explain illnesses that they did not experience, so they blamed the feature which makes women distinct—the uterus.

Today we have blood tests, x-rays, MRI’s, DNA testing, and ultrasound machines. Therefore in our modern scientific world, the dinosaur called hysterical diagnosis, as I call it, ought to be extinct. I wish it were.

A few months ago, I saw a friend take a hard fall onto concrete. After we iced her face, we took her to the ER for x-rays. We worried since she is over seventy years old, but her x-rays were fine.

She spent two weeks in the hospital. She could not stand on her own, and it seemed like she was afraid she might fall again. They ran some tests, but no definitive diagnosis was made.

Still not able to walk, my friend moved to a rehab center. Two weeks of physical therapy and we were all baffled how hard it was for her to walk. It was mystifying since her x-rays were all right.

After my friend spent several weeks using a wheelchair, a doctor finally repeated the x-rays. She had a fractured pelvis. We were stunned.

1) Even I believed the “x-rays are fine” report. I know my friend is not hysterical. I should have doubted the x-rays earlier.

2) There is no excuse for not repeating the x-rays sooner. None of the doctors doubted the x-ray machine or x-ray technician or the doctor who read the x-rays. I am afraid that the only one who was doubted was my friend.

Stay tuned! Next time: Hysterical Symptom Diagnosis, Part 2; the most hysterical diagnosis ever!