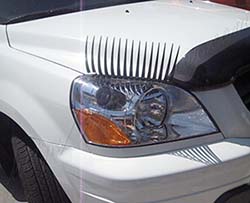 I don’t know where I’ll find the courage to write this. Some stories – my own or others’ – I’ve saved for a book (I’m working on a couple). At first I think, what will happen if I tell this? Then I realize it must be told, because it’s not my story – it’s the story of too many people.

Last night we got home from an appointment and I could barely hold back tears. The comment from Nancy C was waiting for me. (I’d approved comments from the phone, but hadn’t read them). After I read it, I had a good cry too.

I just came back from my visit to my rheumy… I came away very discouraged, feeling like a hypocrite, a big baby and a complainer. I had a list of questions for the doc that were a concern to me, i.e., I have stabbing pains – her answer that cannot be caused by the RA. I have tendons that will spasm until I am in tears, again that wouldn’t be caused by the RA. I have pain in my hips until I can’t walk at times, again that wouldn’t be caused by the RA. Doc told me the only joints that the RA would cause pain in is the small joints of the hands and feet. I got so discouraged that I just gave up on my list of questions. I was on Humira and three months ago she changed me to Simponi. I told her today that I was doing better on the Humira. She said she didn’t see any sense in changing me back to Humira even though the Simponi seems to “run out” in about 2 1/2 weeks, 1 week and a half before my next injection.

I am so thankful for this site. At least I can read other’s experiences and not feel so totally inadequate and stupid. Thanks for letting me vent. I’ll go have a good cry and then tomorrow will be another day.

Thank you Kelly for all the work you do to fight for all of us! Love and Prayers to you

Inadequate and stupid? Nothing could be further from the truth. How is any of this her fault? Of course it’s not. You can do your best and still not get good answers if the person doesn’t know any better. Even if the person is a doctor. There, I said it.

Why do we always feel like it’s our fault?

There is so much pressure on patients to not speak up when doctors get it wrong. One man was sued for telling how his father was mistreated by a doctor in front of three witnesses. The Minnesota Supreme Court sided with the family, but they lost two years’ salary, time and suffering. Everyone makes mistakes; every profession includes some less adequate technicians; but in medicine, it is more often tolerated or covered up. Volumes have been written about those topics, so I won’t say more. If you’re interested in progress, I recommend the blog of Trisha Torrey on About.com and the new book by Leana Wen, M.D.

How do I know how Nancy feels “inadequate and stupid” after a doctor saying the “only joints that the RA would cause pain in is the small joints of the hands and feet”?

I’ll be as brief as possible.

Over the past 1.5 years I’ve seen Dr. Tylenol 3 times. There’s been no joint exam and my kids know more about this disease than this doc. Last time, new office policy required them to give me my first-ever-in-my-life HAQ (it was a RAPID), which they admitted is only kept in case it’s needed for insurance. Last year, Dr. Tylenol also injected my shoulder with cortisone based on what Dr. Smart put in my chart (bursitis). I was prescribed a new DMARD and told to return for follow up.

The staff called to change the follow up appointment and ended up scheduling me with a new doctor, an old friend of Dr. Tylenol, who was “brought into the practice” by Dr. Tylenol. That appointment was yesterday and we met Dr. Shrug.

Shrug is an apt name since s/he refused to look at my neck, knees, or the vascular situation that’s been on my leg the last year. I’d changed into shorts to be sure everything could be seen. I mentioned my knees a few times and pointed and asked to have them looked at, saying they are swollen right now in the back. Shrug. All ignored and not in the doctor’s notes.

Dr. Shrug did not do a joint exam, but commented skeptically while pulling on shoulders and right elbow quite a bit, tugging on right foot, glancing at left hand, and repeatedly twisting right wrist up and down with thumbs dug into the top. Dr. Shrug said several things that we know are inaccurate and it was easy to believe s/he had gone to school with Dr. Tylenol. Examples of what Dr. Shrug said:

I chose the right foot as the lucky dog for the MRI. Lots more is going on in my life and with my Rheum disease too. I’ll be okay. You’d think this would get easier. But it’s the same. The first tear fell to my check as I said, “Remember why we were so glad to find Dr. Smart?” (see video below).

One thought I had during the appointment yesterday: “If this weren’t Florida, we could record this. This should be recorded. I don’t want anyone to get this anymore instead of good care.”

Both of these docs are so young – it feels like the future is lost –– and the wrong people hold all the cards. But they don’t, KB reminded me: We hold the truth.

102 thoughts on “Inadequate & stupid? No, just a victim of someone’s training”