Men with RA: “It Gets Me Down Every Single Day”

Factors that were predominantly female agreed with the following statements in relation to their disease: “Just a fact of life” and “It’s a very small part of you.” However, eight study participants were part of a group more characterized by “It gets me down every single day,” and they were 63% male. My math tells me that 63% of 8 is Five Guys – five divided by eight. (Sorry, couldn’t resist.)

The authors point out “These predominantly male patients are never symptom free, experiencing pain and fatigue daily: It’s like feeling ill all the time,’ they describe fatigue as ‘the worst symptom.’”

Some statements made by men led researchers to conclude that RA leaves them “unable to effectively manage their symptoms,” and frustrated and angry: “I get very frustrated with it, the problem is then I get irritated and take it out on the wife.”

“They report being unable to be spontaneous or to exercise and they struggle to explain their experience to their family. These patients feel their body has let them down, life is unfair: ‘Why me? Why now?’ and the idea that they are lucky in comparison to others is ‘ridiculous.’” 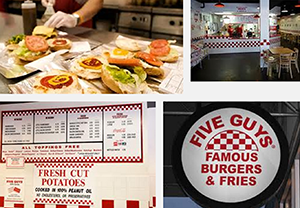 “Interviews with these (5) men confirmed a need to adapt traditional coping strategies: ‘You can’t go and thump a wall because you end up with a flare and you can’t go and kick a football around or anything like that, so you need to find an outlet and talking is the outlet I suppose.’” The men were said to reject traditional “female-gendered” RA support: “The self help groups don’t confront it enough, it might be all lovey dovey [sweet and gentle] but sometimes you have got to be quite hard about it.”

I agree living with Rheumatoid disease is tough, and that men face certain battles that are different from women, and that sufficient support is usually not had for either. Asking questions about the impact of Rheumatoid disease is also a worthwhile investigation. However, the conclusion begs clarification: “Whilst some patients cope well with their RA, others struggle to accept and adapt to their condition; the majority of these being male.”

1) The fact is it is extremely tough for a man (or a woman) to contend with unrelenting pain, accompanied by systemic illness and increasing functional loss. Most people with RA eventually find a way to manage the new normal, as they often call it, but the study authors admit that these men are “never symptom free” and have an average disease duration of 15 years. That’s a long time to hurt, and a tough level of disease activity (HAQ 1.3 and patient global 4.8); it does not make me think they are poor at coping, but that they are trying to live life while seriously unwell.

2) And, some cope well (mostly women) while others just struggle to adapt (mostly men) does seem a broad conclusion to draw based on interviews of five guys.

POSTBLOG: Hamburgers aside (& apologies to Jay), many studies like this are done on a small number of patients. A white paper published this week by the Rheumatoid Patient Foundation studied the experiences of about 1500 men and women with Rheumatoid disease. Not only was the patient population large, but the population also seemed analogous to that of other large patient studies such as those presented by Strand and Wolfe.

Data from the RPF survey was previously published in poster form for the RPF exhibit at ACR in November. Click here to download.

32 thoughts on “Men with Rheumatoid Arthritis Carry a Heavy Burden”