Cool things in common don’t include living with Rheumatoid Arthritis 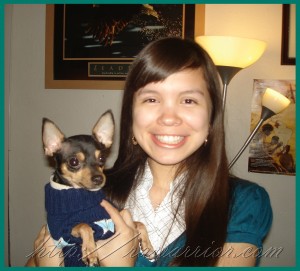 A couple of months ago, I met Pamela. She is a soft-spoken girl who loves God and the Jonas brothers. She adores her family. In spite of our generation gap, we have a lot in common. We both cut coupons, go to church, and love music, tennis, Twitter, and homeschooling. Sweet, huh?
Unfortunately, Pamela and I share another thing: Rheumatoid Arthritis pain.

In the winter of 2004, Pamela was 13 years old. She was a healthy athletic teen, especially loving to run. One day, she could no longer run. She remembers, “Somehow… all that disappeared.”

“I woke up stiff one morning and had a lot of trouble moving all day long,” she says. Pamela’s first clue that she was sick was lower back pain. Her parents took her to a doctor, who recommended a rheumatologist. A few months later, the rheumatologist ordered x-rays and blood tests. Pamela’s diagnosis: “growing pains.”

Since the doctor spoke “like he was ordering lunch,” Pamela tried to believe that nothing was wrong with her. She recalls, “I believed him and went along my merry way. I was so confused as to what was going on.”

Over a year later, Pamela was still having pain so she went to another doctor. This time, she was told that her legs were too long and her muscles were too firm. She was prescribed exercise such as “Pilates or yoga.” Pamela’s response: “I believed her. I kept having pain. After that, we just stopped going to doctors. My parents and I were so discouraged as to what was making me have pain.”

Every morning, Pamela woke up stiff and in pain. So, of course, she did eventually look for another doctor. In 2008, a rheumatologist ordered cat scans on her spine and bone density tests on her wrists and feet, which revealed erosions that signify RA. At age 17, Pamela was finally diagnosed with JRA or Juvenile Rheumatoid Arthritis. Her lab (blood) tests were still normal.

Fun & inspiration coming up tomorrow in part 2 of our interview. Pamela and I talk about life as a teen living with Juvenile Rheumatoid Arthritis. Just last week, Pamela started her own RA blog. Maybe you want to follow her blog too.

This part of Pamela’s story probably sounds familiar to some of you. Unfortunately, getting a Rheumatoid Arthritis diagnosis is more like crossing the Atlantic in the Mayflower than a jet plane. Many find it fraught with detours and perils.

I have written blogs about some of the causes of Rheumatoid Arthritis diagnosis being so difficult. However, one of these days, we need to look at the consequences of that. It is not acceptable for doctors to dismiss symptoms of Rheumatoid Arthritis because of negative blood tests. The only reason for this is that doctors are not educated enough about what the onset of RA actually looks like.

22 thoughts on “Interview with a young woman living with Rheumatoid Arthritis, Part 1”