A new way to dose the same old drug?

The doses of glucocorticoids in the 1950’s caused side effects that were severe enough to scare doctors away from using them to treat Rheumatoid Arthritis. Over the years, the doses of have been reduced. In the last few years, some doctors are reducing them even further, especially with patients who are recently diagnosed. 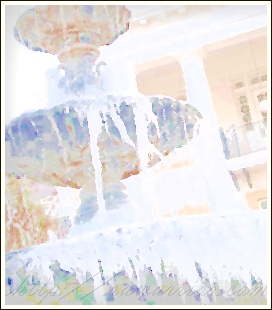 There are many similar articles as doctors around the world are examining whether low doses of prednisone – doses under 10 mg per day – will be effective at both treating symptoms of RA and slowing bone erosions in early Rheumatoid Arthritis. However, one report published this past winter, considers the use of very low-dose prednisone in early Rheumatoid Arthritis. The report titled Efficacy of prednisone 1–4 mg/day in patients with rheumatoid arthritis, asserts that doses even lower than 5 mg may provide some disease modifying effects. The author states, “A few clinicians, including the senior author, have treated most patients over the last decade with an initial dose of 3 mg/day.” Here’s what they found:

“We conclude that this clinical trial documents the efficacy of low-dose prednisone in patients with RA. Although not analysed in this study because of the short time frame, we have observed minimal long-term adverse events in patients who have taken daily prednisone for more than 10 years, sometimes up to 20 years. A multicentre long-term (2 years) ‘de novo’ clinical trial of prednisone in new patients who have not had any prior glucocorticoid treatment would be of considerable value.”

One German study on low dose prednisone addresses the billion dollar question. “On balance, the safety profile of very low-dose prednisolone therapy established in the controlled trials is not inconsistent with its long-term use. The expected disease-modifying effect has to be weighed against the possibility of side effects, taking the individual patient’s situation into account. It remains to be seen whether dosages lower than 5 mg provide the same benefit with even fewer side effects and whether the same effect can be produced in patients with more advanced disease.”